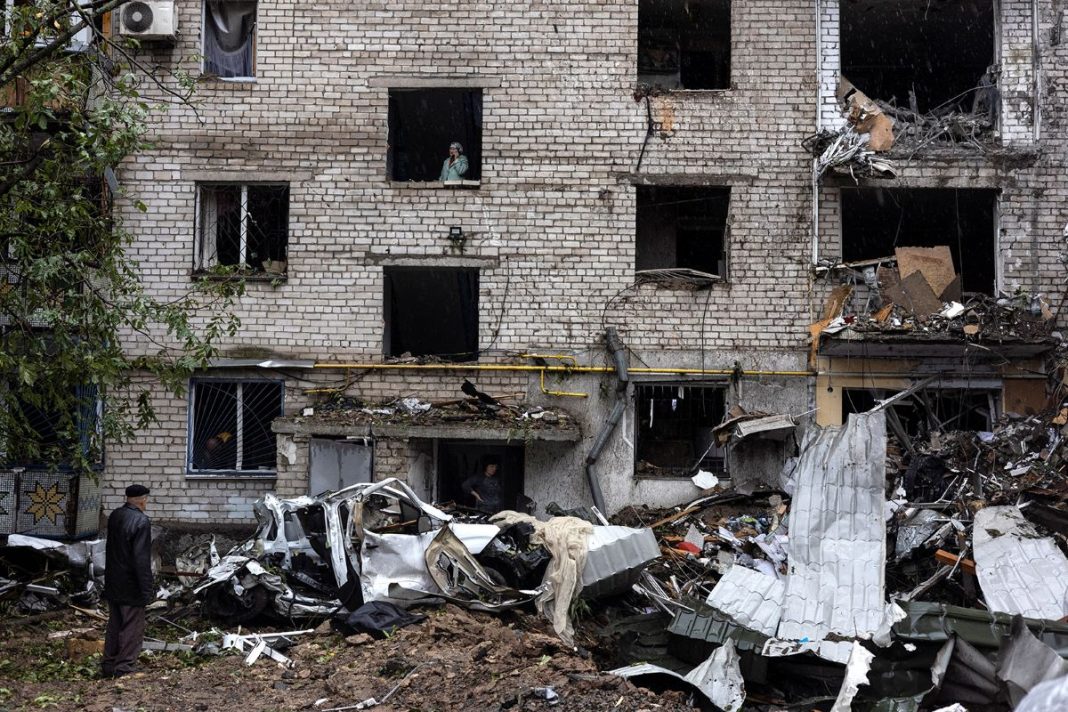 Russia has probably used Iranian-made uncrewed aerial vehicles in Ukraine for the first time, Britain’s defence intelligence claimed on Wednesday, after Kyiv reported downing one of the UAVs – a Shahed-136 – on Tuesday.

The device is a “one-way attack” weapon, the MoD announced, and has been used in the Middle East.

It added, “Russia is almost certainly increasingly sourcing weaponry from other heavily sanctioned states like Iran and North Korea as its own stocks dwindle.”

He assured that Tehran avoids any steps that may result in an escalation in Ukraine conflict.

Biden: Ukraine has made progress, hard to tell if war at turning point

Ukraine has made significant progress as it pushes back Russian forces but it is not possible to tell if the war is at a turning point, US President Joe Biden stated.

Asked whether Ukraine has reached a turning point in the war, he said: “The question is unanswerable. It’s hard to tell.”

“It’s clear the Ukrainians have made significant progress. But I think it’s going to be a long haul,” the president added.

Ukraine inflation could rise to 30 percent next year: Finance minister

Annual inflation in Ukraine could rise to 30 percent next year, an eight-year high, the Interfax-Ukraine news agency cited Finance Minister Denys Shmyhal as saying, as he presented a draft budget dominated by the war with Russia.

Shmyhal stated 1.14 trillion Ukrainian hryvnias ($30.9bn), or almost half the 2023 budget, would be directed to the security and defence sectors.

The budget, which Shmyhal called “a conservative average pessimistic calculation”, sees real gross domestic product growth (GDP) of 4.6 percent with annual inflation of up to 30 percent. This would be the highest since the average 48.7 percent recorded in 2015.

Another 35% of the budget would be spent on social programs such as pensions, assistance to low-income families, payments to internally displaced people, as well as spending on medicine and education, Shmyhal added.

To help make up for an expected shortfall, Kyiv would reduce the number of officials, cutting salaries and bonuses.

In a statement, Ukrenergo added repair work on other lines would continue, but gave no details.

Ukraine has announced it feared Russia would step up attacks on its energy system to turn the screws on Kyiv this winter after a series of attacks that caused blackouts, and that it was pleading with Western powers for air defence technology to avert this.

“We expect the quantity of such attacks to grow, and are ready for various scenarios,” senior presidential adviser Mykhailo Podolyak told the Reuters news agency.

Podolyak added that Ukrainians should be prepared for problems with power and heat this coming winter.

“Ukraine is expecting its difficult moment from the moment it regained its independence [in 1991],” Podolyak stated.

Podolyak said Ukraine had been asking its foreign allies for air defence systems to protect vital infrastructure since the beginning of Moscow’s invasion, but expressed frustration at the lack of supply.

The Joe Biden administration is likely to announce a new military aid package for Ukraine in the “coming days”, the White House has said.

German Chancellor Olaf Scholz called on Russian President Vladimir Putin to stick to a deal on grain exports from Ukraine which Moscow has repeatedly criticised.

In a phone call, Scholz urged Putin “not to discredit and continue to fully implement” the grain deal in light of the stretched global food supply, the chancellor’s spokesman Steffen Hebestreit said.

Scholz has called on Putin to withdraw his troops from Ukraine.

Scholz “urged” Putin in a 90-minute telephone call to “come to a diplomatic solution as quickly as possible, based on a ceasefire, a complete withdrawal of Russian forces and respect for the territorial integrity and sovereignty of the Ukraine”, Hebestreit added.

Denmark says it will host training of Ukrainian soldiers

Denmark has agreed to train Ukrainian soldiers on Danish soil, the Ritzau news agency quoted Minister of Defence Morten Bodskov as saying after a meeting with his Ukrainian counterpart in Kyiv.

Bodskov could not provide details about the number of Ukrainian soldiers, or timing or location of the training, Ritzau reported.

“I cannot get into the details, but there will be training of the Ukrainian defence in Denmark,” the minister told Ritzau.

The defence ministry did not immediately reply to a request for comment.

Estonian defence minister supplies Ukraine with a modern mobile hospital during a visit to Kyiv.

The Estonian President Alar Karis tweeted about the moment and noted, “Estonia will continue to support Ukrainian efforts to win this war. and this is another great example of Estonia and Germany working together to make things happen.”

Moscow’s potential to sustain its weapons and military equipment in the war is being severely affected by sanctions, the EU’s top diplomat said, arguing almost half of Russia’s technology depended on European imports.

“If you look at the inside, the guts of a Russian tank destroyed on a Ukrainian street, you will see the tremendous amount of electronic components manufactured by European countries in those tanks,” EU foreign policy chief Josep Borrell told lawmakers in Strasbourg.

“Forty-five percent of Russia’s technology depends on European imports and this has been cut off,” he added.

Since the war began on February 24, the EU has placed several massive sanction packages on Moscow’s financial sector, as well as energy and transport.

Speaking from the recaptured town of Balakliia, Malyar stated that the territory recaptured from Russian forces consisted of more than 300 settlements and approximately 150,000 current residents.

“The operation is ongoing. Its aim is the full liberation of Kharkiv region … We believe that this will happen in the nearest future,” Malyar added.

President Volodymyr Zelensky said overnight that Ukraine had “liberated more than 6,000sq km (2,400sq miles) of the territory of Ukraine in the south and in the east” since September 1.

The figure includes the kilometres mentioned by Malyar for the past week.

In response to a Ukrainian counteroffensive in the east and south of the country recently, Russia has stepped up shelling of power stations and other infrastructure, causing blackouts in the city of Kharkiv and elsewhere.

“Any attempt to damage those facilities will have a terrible impact on the capacity to heat those cities,” Antonio Vitorino, director general of the International Organization of Migration (IOM) told a group of reporters in Kyiv.

“We are making all efforts to assist the population in preparing for the winter but we need electricity, and that depends on state services to [restore] a working electricity system,” added Vitorino, who met President Zelensky on Monday.

As many as eight million people, mostly women and children, have fled Ukraine in the past six months. Some of those people have since returned to Ukraine, which had a pre-war population of about 44 million.