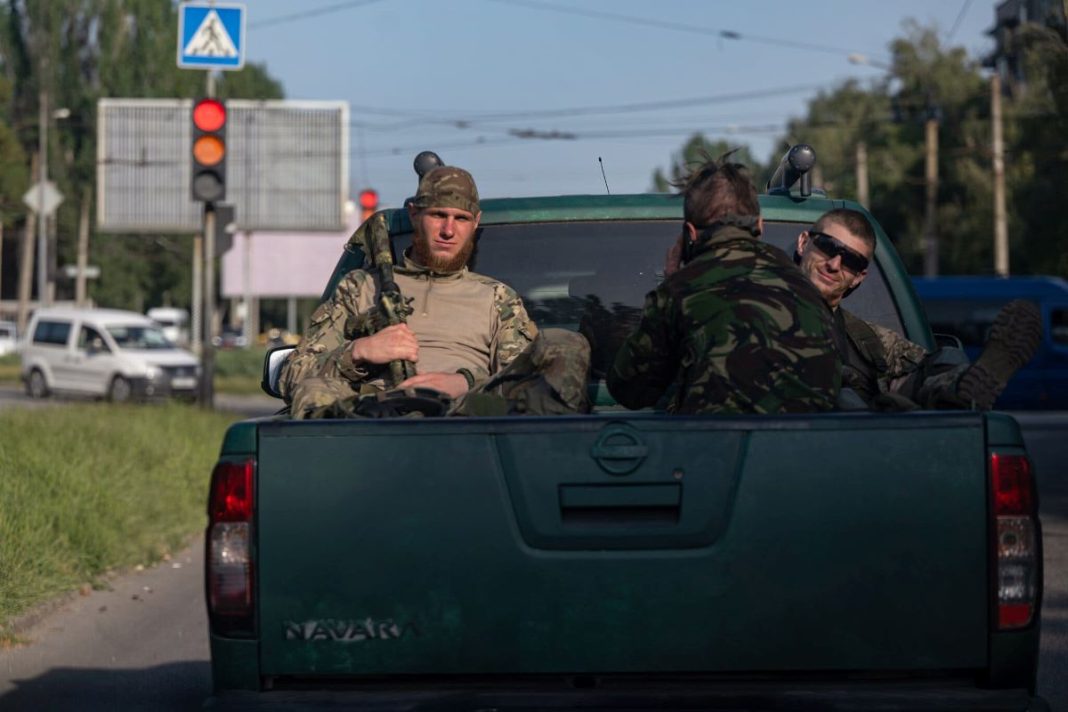 Despite energy crisis, Germany ‘will get through winter’: Chancellor

Germany would have sufficient energy to see it through to next year, Chancellor Olaf Scholz said after Russia stopped supplies of gas to Europe via the Nord Stream 1 pipeline.

The government had made “timely decisions” to avoid a winter crisis, Scholz said, including filling gas stores and restarting coal power plants.

“We will get through this winter,” the chancellor added.

Germany’s government will use income from windfall taxes to lower end-consumer prices for gas, oil and coal, he stated.

Scholz noted the government plans to tie certain social benefits to the current or expected inflation rate in the future and will earmark 1.5 billion euros ($1.49 billion) for a discounted public transportation offer.

The German government has agreed to a 65-billion-euro ($65bn) plan to ease the pressure on households as Russian gas supplies dwindle and energy bills soar, according to a policy paper seen by the AFP news agency.

“Timely and proportionate relief for citizens and businesses is necessary due to the rapidly increasing burden of high energy prices,” Germany’s coalition partners said in the document, adding that the total package came to “over 65 billion euros”.

The measures include a one-off payment of 300 euros to millions of pensioners to help them cover rising energy bills.

The government will also target students with a smaller one-off payment of 200 euros, and a heating cost payment for people receiving housing benefits.

Taras Berezovets, a special forces officer from the Ukraine military, said the counterattack to retake the city Kherson will likely take months as equipment and logistics are readied.

“I would characterize our offensive as smooth but effective. Our armed forces are thinking first about the lives of our servicemen and the lives of our civilians. We’re not going to go any further if there is a serious risk,” Berezovets told Al Jazeera.

“Ukrainian forces are not only going to liberate Kherson region but all occupied territories. It doesn’t matter how long it will take. The Russian soldiers are demoralized, they don’t know what they’re doing on Ukrainian soil,” Berezovets added.

The counteroffensive in southern Ukraine is a methodical operation aiming to degrade Russian forces and logistics, rather than one aimed at immediately recapturing large swathes of territory, Ukrainian presidential adviser Oleksiy Arestovych told the Wall Street Journal.

The goal is the “systemic grinding of Putin’s army and that Ukrainian troops are slowly and systematically uncovering and destroying Russia’s operational logistical supply system with artillery and precision weapon strikes”, he stated.

The counteroffensive will likely not result in immediate gains as Ukraine forces seek to “disrupt key logistics nodes that support Russian operations in the south and chip away at Russian military capabilities”, according to an assessment by the Institute of the Study of War.

Zelensky: Russia using “poverty and political chaos” to attack lives of all Europeans

President Volodymyr Zelensky has said Russia is using “poverty and political chaos” to attack the lives of all Europeans.

He stated that by stopping the Nord Stream 1 pipeline, Russia wanted to” destroy the normal life of every European.”

Russia’s state energy firm Gazprom announced on Saturday that the pipeline could be closed indefinitely.

“Russia is trying to increase the energy pressure on Europe even more – gas pumping through the Nord Stream pipeline has completely stopped. Why do they do this? Russia wants to destroy the normal life of every European – in all countries of our continent. It wants to weaken and intimidate the entire Europe, every state,” the president noted.

“Where Russia cannot do it by force of conventional weapons, it does so by force of energy weapons. It is trying to attack with poverty and political chaos where it cannot yet attack with missiles,” he continued.

“And to protect against this, we all in Europe need even more unity, even more coordination, even more help to each other,” Zelensky added.

“This winter, Russia is preparing for a decisive energy attack on all Europeans. And the key answers to this should be two things: first, our unity – unity in protection against the terrorist state, and second – Increasing our own pressure on Russia – this includes increasing sanctions at all levels, and limiting Russia’s oil and gas revenues,” the Ukrainian leader stated.

Ukraine’s armed forces have given their latest official estimate of Russian losses in the war so far.

They say 49,500 Russian troops have lost their lives since February but these figures are not possible to verify.

These are the indicative estimates of Russia’s combat losses as of Sept. 4, according to the Armed Forces of Ukraine. pic.twitter.com/rFg1VkEeJj

Russian forces are suffering from “morale and discipline issues” in addition to combat fatigue and high casualties, the UK Ministry of Defence says.

A main grievance from troops probably continued to be around pay, including the high chance that “sizeable combat bonuses” were not being paid, the latest British intelligence update announced.

At least some “outright corruption” among commanders was probably involved, as well as an “inefficient military bureaucracy”, it noted.

“The Russian military has consistently failed to provide basic entitlements to troops deployed in Ukraine, including appropriate uniform, arms and rations as well as pay. This has almost certainly contributed to the continued fragile morale of much of the force,” it added.

The head of the United Nations nuclear watchdog has said the Russian-controlled Zaporizhzhia nuclear plant in Ukraine was disconnected to its last external power line but was still able to run electricity through a reserve line after sustained shelling in the area.

International Atomic Energy Agency Director General Rafael Grossi stated in a statement that the agency’s experts, who remained in Zaporizhzhia after arriving for an inspection on Thursday, were told by senior Ukrainian staff that the fourth and last operational line was down. The three others were lost earlier during the conflict.

The IAEA experts learned that the reserve line linking the facility to a nearby thermal power plant was delivering the electricity the plant generates to the external grid, the statement read. The same reserve line can also provide backup power to the plant if needed, it added.

Russian-backed authorities earlier noted the plant had been knocked offline.

‘Russia has put the world in danger’: EU Council president

The president of the European Council has paid tribute to the International Atomic Energy Agency’s “courage and professionalism” following a visit by its inspectors to the Zaporizhzhia plant in Ukraine, adding that their continued presence was “necessary” to ensure safety.

“Russia has put the word in danger,” Charles Michel said on Twitter.

Europe’s largest nuclear plant was occupied by Russia soon after it invaded Ukraine in February. Ukrainian staff who continue to operate the site say Russian troops have used it as a military base.

Michel added he spoke to the head of the UN nuclear agency, Rafael Grossi, following the long-awaited visit on Thursday. Several inspectors from the 14-member mission have remained on site.

EU Economy Commissioner Paolo Gentiloni has said the EU is “well prepared” in the event of a total halt in Russian gas deliveries, thanks to storage capacity and energy-saving measures.

“We are well prepared to resist Russia’s extreme use of the gas weapon,” he told reporters on the sidelines of an economic forum organised by The European House – Ambrosetti.

“We are not afraid of Putin’s decisions, we are asking the Russians to respect contracts, but if they don’t, we are ready to react,” he added.

Russian gas giant Gazprom said on Friday that the Nord Stream pipeline linking Russia to northern Germany, which was due to resume service Saturday after a three-day interruption for maintenance operations, would be “completely” stopped until a turbine is repaired.

Europe’s largest nuclear plant was once again knocked offline in the early hours of the day amid sustained shelling that destroyed a key power line and penetrated deep into the plant, local Russian-backed authorities announced.

The claims came barely a day after a team of inspectors from the UN nuclear agency arrived at the Zaporizhzhia Nuclear Power Plant, which has been caught in fierce fighting between Ukrainian and Russian forces.

Ukrainian forces attempted to capture the Zaporizhzhia Nuclear Power Plant in an attack on the facility on Friday night, Russia’s defence ministry has said in its daily briefing.

The ministry added a group of the Ukrainian navy, with more than 250 soldiers, attempted to land on the coast of a lake near the Zaporizhzhia plant in southern Ukraine at about 11pm (20:00 GMT).