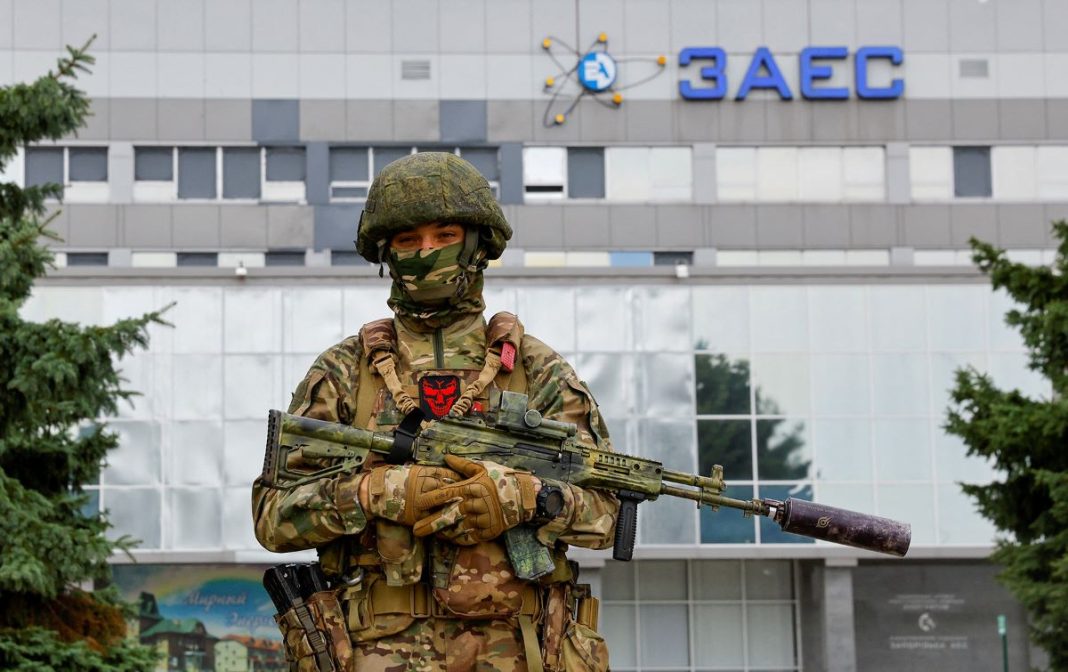 Turkey’s president, Recep Tayyip Erdogan, has told his Russian counterpart, Vladimir Putin, that his country can play a facilitator role regarding the Zaporizhzhia nuclear plant in Ukraine, according to his office.

The pair spoke in a phone call where they discussed developments regarding Ukrainian grain exports, the Turkish presidency said in a statement.

They also expressed their determination to continue the construction of the Akkuyu nuclear plant in Turkey according to plans.

They agreed to discuss the issues in detail when they meet in Samarkand, Uzbekistan, for a summit later this month, the office added.

Russian accuses west of playing a “chess game with death”

In a post on Vkontake, Russia’s largest social network, Former Russian president Dmitry Medvedev, who now serves as deputy chairman of Russia’s security council, accused Western countries of trying to take advantage of the conflict to push Russia to “a new round of disintegration”.

“To do everything so that the state institutions of Russia stop working,” he said, noting, “To deprive the country of effective governance, as it was back in 1991. And, as a result, eliminate Russia from the political field.”

He added that the “such attempts are really extremely dangerous” because they “ignore a simple axiom: the violent disintegration of a nuclear power is always a chess game with death”.

He also described Russia’s nuclear arsenal as “the best guarantee of the preservation of Great Russia”.

The European commissioner for the economy, Paolo Gentiloni, stated the EU expects Russia to respect energy contracts it has agreed but is prepared to meet the challenge if it fails to do so.

Asked about the halt to the Nord Stream 1 gas pipeline, Gentiloni pointed to high gas storage levels and said there were plans to conserve energy in the winter.

He said, “We expect Russia to respect the contracts that they have. But even if weaponisation of energy continues or increases, the EU is ready to react.”

Pentagon looking to speed up arms sales to allies: Report

Mounting tensions with China and the conflict in Ukraine have prompted the Pentagon to create a special task force to facilitate arms sales to Washington’s allies, a senior US defense official has told the Wall Street Journal.

The so-called “Tiger team” was put together in August to look for ways to deliver US-made weapons to foreign buyers faster, the outlet said in its article. The new body is co-chaired by two under secretaries of defense, while also including representatives from the Pentagon’s various services.

“It’s about the mechanical steps in the process,” the official told the WSJ, adding, “How can we do a better job of bringing inefficiencies out of the system that will apply to all of the countries that we work with?”

According to the source, the review was launched due to mounting tensions with China over Taiwan and the need to refill the arsenals of US allies in Europe, which have been depleted due to them supplying arms to Ukraine amid the conflict with Russia.

“The longstanding argument for American equipment is that it is the best – and it is the best,” an official said, adding, “That also makes it the most expensive, it’s not cheap.”

Washington has been concerned that the high prices and complicated approval process for arms sales, which are executed by the Pentagon under the supervision of the State Department and require consent from Congress, has been putting the US at a disadvantage in its competition with China and Russia.

“That slow pace can leave some countries unsure if the US really wants them as partners and risks sending countries with whom the US wants to stay close elsewhere to shop for arms,” the outlet pointed out.

While working on removing bureaucratic hurdles inside the US, the task force could also see American officials helping foreign buyers to better formulate their requests for arms so that they won’t be too broad or trigger security concerns, a senior defense official said.

Former secretary of the navy Richard Spencer has welcomed the new policy, noting it was high time to make changes to the arm sales system.

“The building has to get agility. We are sclerotic, we are arthritic, we have to get over it,” he insisted.

However, there are concerns that the task force won’t be able to resolve all of the problems, as many of them are rooted in the way the US defense industry operates and the country’s tight labor market.

“The US defense industry isn’t designed like it was in World War II,” one official pointed out, adding, “They don’t produce things just because we ask them to. They have to have a contract in hand.”

Another issue that may complicate the expedition of foreign arms sales is the “worrisome” shortages of Washington’s own stocks of weapons and ammunition due to the billions in military aid provided to Kiev, the WSJ said.

Speaking in a video address streamed at the Ambrosetti Forum, a conference held in Italy and attended by the leaders of various states and businesses, Zelensky expressed disappointment at how Russia is controlling the mission.

“The Russian military stopped the journalists traveling with the mission at a checkpoint and did not let them go any further. Obviously, the occupiers felt that in the presence of a free media it would be impossible to lie to the IAEA and the whole world,” he added.

“We did everything to ensure that the IAEA got access to the Zaporizhzhia NPP. I believe that this mission can still be fruitful,” Zelensky stated.

Earlier on Friday, IAEA Director General Rafael Grossi said the organization knows “much more” about the state of the plant after visiting. A team of inspectors will have “continued presence” at the plant, Grossi added.

US President Joe Biden’s administration is outlining its request to Congress for the next government funding bill that includes additional money for what it is describing as “four critical needs,” including support for Ukraine as the war continues.

The White House is requesting $11.7 billion for security and economic assistance for Ukraine and an additional $2 billion “to help address the impacts Putin’s war has had on domestic energy supply and reduce energy costs in the future,” Office of Management and Budget (OMB) director Shalanda Young announced in a blog post.

Per a summary from the OMB, that $13.7 billion request includes:

The request comes as lawmakers are set to return to Washington, DC, after the August recess facing a major must-pass legislative agenda item: Preventing a government shutdown by the end of the month.

So far, the US has provided approximately $13 billion in military aid to Ukraine since Russia’s invasion of Ukraine began Feb. 24, a National Security Council official told CNN. The US has also provided $7 billion in grants for direct budget support and over $1.5 billion of humanitarian aid for Ukraine and Ukrainian refugees.

“It’s also proof of Russia’s cynicism, as it prefers to flare gas instead of honoring contracts,” he wrote on Twitter.

The International Atomic Energy Agency (IAEA) chief, Rafael Grossi, has said six members of his team remain in the Zaporizhzhia power plant and that two of them will stay next week as part of the mission’s continuous presence at the site in the longer term.

Grossi spoke in Vienna after completing a tour in certain areas of the Russian-occupied power plant. He also said the plant is not fully functioning but not in critical sections.

Grossi also described the situation as “extremely complex and challenging”.

Grossi added he was expecting to produce a report on the site early next week and that another crisis centre was set up at the plant. He noted that he was able to inspect everything that his team had requested.

US: Russia has economic incentive to sell oil at G7 price cap

US Treasury Secretary Janet Yellen has stated Russia will find it advantageous to sell oil at a price capped by Western countries because otherwise it would have to shut down production, and its ability to restart output would suffer permanent damage.

Yellen told MSNBC in an interview that the G7’s price cap plan would reduce funds available for Moscow’s war in Ukraine.

“They will do much better economically if they choose to sell into the price cap than if they were to shut in that oil,” she said of Russia.

Russian gas giant Gazprom is completely halting gas supplies to Nord Stream 1 and is citing an oil leak, Gazprom said in a statement on Friday.

Nord Stream 1 — the biggest pipeline bringing Russian natural gas supplies to Europe via Germany — was on a planned 72-hour shutdown for maintenance work and was due to resume gas flows tomorrow (Saturday).

However, with this latest statement, Gazprom announced the pipeline supply would be “completely stopped” until the the issues with equipment operations are resolved, giving no clear timeline for when the flow would resume.

During maintenance work at its Portovaya compressor station, Gazprom detected an oil leak, it said in the statement, adding that the Russian state watchdog issued a warning to the company and that it has also sent a letter to Siemens about the need to repair the turbine.