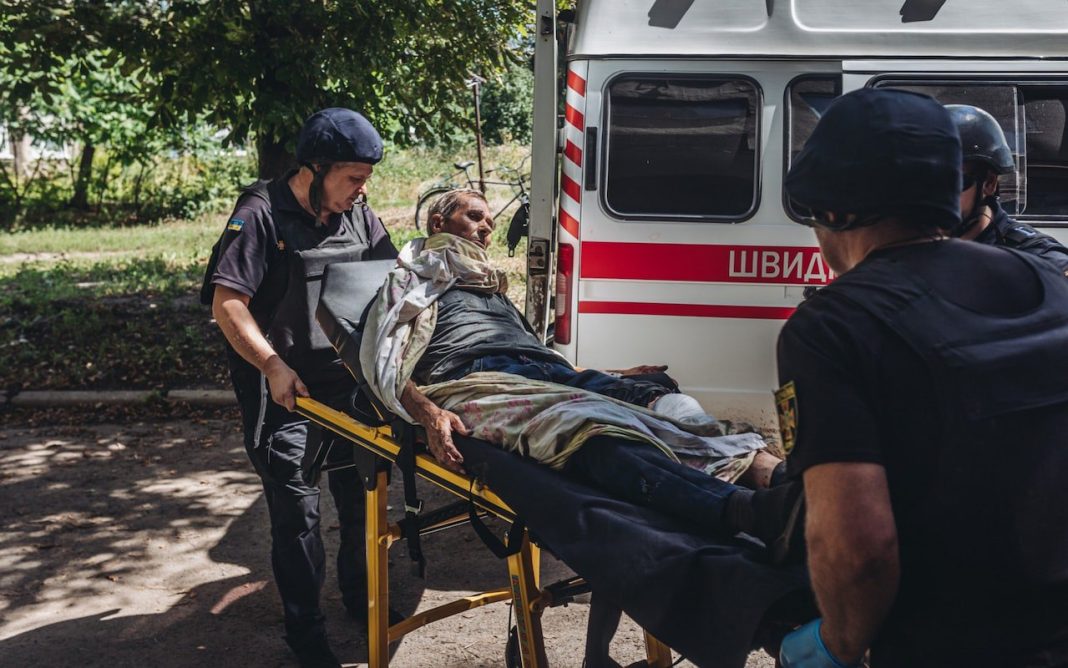 A regional head of Ukraine’s SBU intelligence services has been found dead at his home in central Ukraine, the prosecutor general’s office announced.

Oleksandr Nakonechny was found by his wife with gunshot wounds in a room of their apartment in the city of Kropyvnytskyi late on Saturday after she heard gunfire, the office said on Telegram.

Police have opened an investigation into the death, but made no further comments.

A local politician, Andrii Lavrus, wrote on Telegram that Nakonechny had shot himself. The information could not be immediately confirmed.

Nakonechny has headed the SBU in the Kirovohrad region since January 2021.

The ministry also added it destroyed two M777 Howitzers in combat positions in the Kherson region, and a fuel depot in the Zaporizhia region that it said was storing more than 100 tonnes of diesel.

That brings the total number of vessels to leave Ukraine’s Black Sea ports under a UN-brokered grain export deal to 31.

Critical safety and control systems were not damaged, said the Russian military administration in the city of Energodar, where Europe’s largest nuclear power plant is located.

Vladimir Rogov, a representative of the Russian authorities, accused Ukraine of “nuclear terrorism”.

NATO-supplied munitions were fired from the opposite bank of the Dnieper River and hit the site in the vicinity of an administration building, Rogov said, adding four projectiles were registered.

UN, US, EU working to get Russian food to markets: UN

United Nations Secretary-General Antonio Guterres has said the UN is working with the US and EU to overcome obstacles to Russian food and fertilisers reaching world markets.

He stated those countries that imposed sanctions on Russia for its invasion of Ukraine had made clear that the measures did not apply to food and fertilisers, but added there had nevertheless been a “chilling effect” on exports.

“There are a certain number of obstacles and difficulties that need to be overcome in relation to shipping … to insurance and … finance,” Guterres told a news conference alongside Turkey’s defence minister Hulusi Akar.

US warns Turkey over bypassing Western sanctions on Russia

US Deputy Treasury Secretary Wally Adeyemo has told Turkey’s Deputy Finance Minister Yunus Elitas that Russian entities and individuals were attempting to use Turkey to bypass Western sanctions imposed over Moscow’s war in Ukraine, according to the Treasury Department.

In a phone call, the two also discussed ongoing efforts to implement and enforce sanctions against Russia, the department announced in a statement.

Moscow accuses Kyiv of poisoning some of its soldiers in Ukraine

Russia’s defence ministry has accused Ukraine of poisoning some of its servicemen in the Russian-controlled part of Ukraine’s southeastern region of Zaporizhzhia in late July.

An adviser to Ukraine’s interior ministry noted in response that the alleged poisoning could have been caused by Russian forces eating expired canned meat.

The Russian defence ministry said a number of Russian servicemen had been taken to a military hospital with signs of serious poisoning on July 31. Tests showed a toxic substance, botulinum toxin type B, in their bodies, it added.

“Russia is preparing supporting evidence with the results of all the analyses,” the ministry announced in a statement.

UN chief says Russian food and fertiliser must get to market

United Nations Secretary-General Antonio Guterres has said that governments and the private sector should cooperate to bring Russian food and fertilisers, as well as Ukrainian grain to world markets under a deal agreed last month.

“The other part of this package deal is the unimpeded access to the global markets of Russian food and fertiliser, which are not subject to sanctions,” Guterres told a news conference in Istanbul.

“It is important that all governments and the private sector cooperate to bring them to market,” he continued, adding, “Getting more food and fertiliser out of Ukraine and Russia is crucial to further calm commodity markets and lower prices for consumers.”