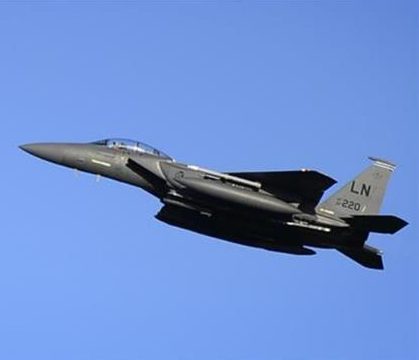 Moscow says it is halting an agreement with Washington aimed at avoiding mid-air collisions during their military missions in the Syrian airspace after US launched a missile attack against a Syrian army airbase.

“The Russian side is halting the effect of the memorandum for prevention of incidents and ensuring safety of air flights during operations in Syria which was agreed with the US,” said a Friday statement by the Russian Foreign Ministry, Reuters reported.

The statement was referring to the 2015 agreement, under which Russia and the US agreed to exchange information on their flights in Syrian skies, where the two sides have been involved in separate military operations.

The Defense Ministry also downplayed the effectiveness of the US raid, saying 23 missiles had hit their targets while it was unclear where 36 others had landed.

The announcements came after some 60 US Tomahawk missiles were fired from US warships deployed to the Mediterranean at the Shayrat airfield southeast of the western Syria city of Homs earlier in the day.

Washington ordered the assault after accusing Syria of carrying out a chemical attack against the town of Khan Sheikhun in the northwestern province of Idlib on Tuesday.

The Russian Foreign Ministry statement further said, “Obviously, the cruise missile attack was prepared beforehand. Any expert can tell that the decision to strike was made in Washington before the events in Idlib, which were used as a pretext for a demonstration.”

It also slammed the presence of US troops on Syrian soil, which comes without the Syrian government’s approval, as “a gross, obvious and unwarranted violation of international law.”

“If before it was due to the task of combating terrorism, now there is a clear act of aggression against a sovereign Syria. US Actions taken today further destroy the Russian-American relations,” the statement read.

Kremlin spokesman Dmitry Peskov also told reporters.Russian President Vladimir Putin will hold a meeting of his security council later on Friday to discuss the US missile strikes on Syria.

Russian Foreign Minister Sergei Lavrov also said the attack reminded him of Western attack on Iraq in 2003, which had forgone United Nations approval, adding Moscow would demand explanation from Washington on the assault.