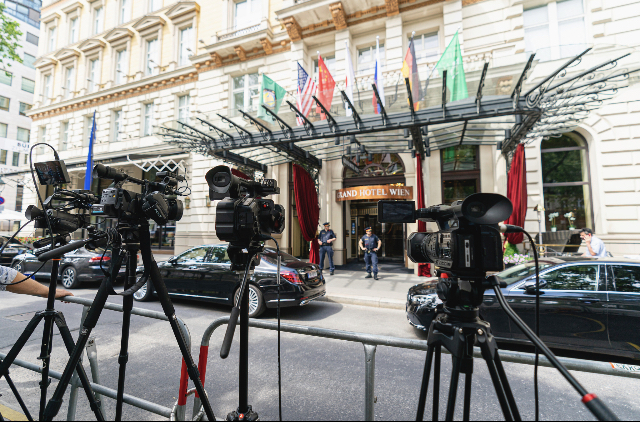 Moscow shares stance with Tehran on the possibility of reaching a good agreement in a short time during the upcoming nuclear talks, a Russian top diplomat says. The negotiations are scheduled to start in the Austrian capital later this month.

Russia’s lead negotiator at the Vienna talks, Mikhail Ulyanov, made the remarks in a post on his Twitter account on Saturday after Iranian Foreign Minister Hossein Amir-Abdollahian noted Tehran and the remaining parties to the landmark nuclear deal of 2015 – officially known as the Joint Comprehensive Plan of Action (JCPOA) – can reach a “good agreement in a short time” only in case of a “serious and positive” approach to the upcoming Vienna talks.

“The Islamic Republic has no intention to be locked in the stalemate remaining from the previous negotiations…I believe that if the opposite sides enter in the Vienna [talks] with a serious and positive approach, it will be possible to achieve a good agreement in a short time,” Amir-Abdollahian stated in a post on Instagram on Friday.

In response to the Iranian foreign minister’s post, Ulyanov said via Twitter that “Russia proceeds from the same understanding.”

In another tweet, the Russian diplomat reacted to earlier remarks made by Iranian Deputy Foreign Minister and chief negotiator Ali Baqeri-Kani on the significance of the removal of all sanctions against Tehran.

In a post on his Twitter account on Friday, Baqeri-Kani announced “effective removal of unlawful sanctions & importance of assurances on non-repetition was emphasized” during earlier visits to France, Germany, Britain and Spain.

In response to the Iranian chief negotiator, Ulyanov stressed, “It is natural that for Iran sanctions lifting comes first.”

The JCPOA was unilaterally abandoned by the US in 2018 despite Iran’s full compliance with its nuclear undertakings, as repeatedly certified by the UN nuclear agency. The US then unleashed a “maximum pressure” campaign against Iran, which practically deprived the country of all of the deal’s economic benefits.

Iran fully honored its nuclear obligations for an entire year, after which it decided to ramp up its nuclear work as a legal “remedial measure” against the US violation of the deal and the abject failure on the part of the other signatories, the E3 in particular, to safeguard its benefits.

The US administration of Joe Biden has announced it is willing to rejoin the deal, but it has shown an overriding propensity for maintaining some of the sanctions as a tool of pressure. Tehran insists that all sanctions should first be removed in a verifiable manner before it reverses its remedial measures.

Russian Deputy Foreign Minister Sergei Ryabkov noted on Thursday that the United States needs to revise its policy of draconian sanctions against the Islamic Republic so as to help revive the JCPOA.

“The utmost must be done so that the negotiations ensure the restoration of what’s known as the ‘factory settings’ of the JCPOA,” Ryabkov added, according to TASS.