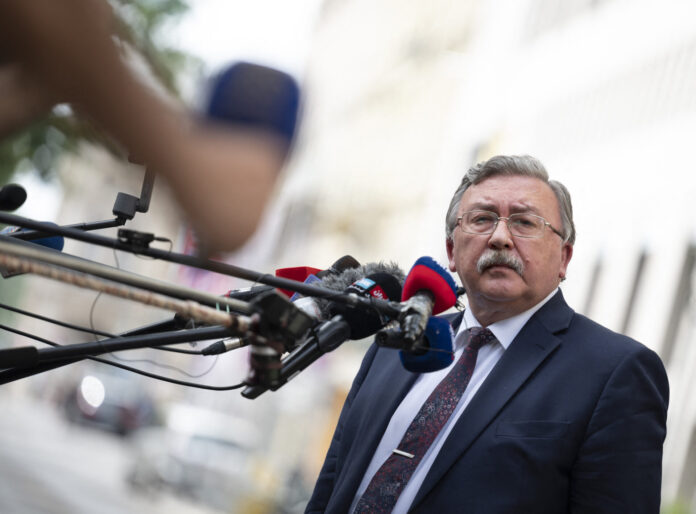 There is a need for a negotiated solution for the Iran nuclear deal as well as enhanced regional dialogue, a senior Russian diplomat has stressed.

Reacting to E3 and US joint statement over Persian

Gulf Cooperation Council (PGCC)’s demand on the Joint Comprehensive Plan of Action (JCPOA), the Russia’s ambassador at the United Nations International Atomic Energy Agency in Vienna, Mikhail Ulyanov, wrote on Twitter, “I would single out positively from this Statement the message that there is the need for a negotiated solution on JCPOA as well as enhanced regional dialogue.”

His remarks came in response to claims leveled by US Special Representative for Iran’s Affairs over Iran’s nuclear deal. Robert Malley met with the E3 political directors and senior officials from Egypt, Jordan, and the PGCC to discuss two paths open to Iran: continued nuclear escalation & crisis, or mutual return to the JCPOA, creating opportunities for regional economic & diplomatic ties. Time to choose is short, The President Joe Biden’s envoy has claimed.

The nuclear deal was unilaterally abandoned by the US in 2018 despite Iran’s full compliance with its nuclear undertakings, as repeatedly certified by the UN nuclear agency. The US then unleashed a “maximum pressure” campaign against Iran, which practically deprived the country of all of the deal’s economic benefits.

Tehran fully honored its nuclear obligations for an entire year, after which it decided to ramp up its nuclear work as a legal “remedial measure” against the US violation of the deal and the abject failure on the part of the other signatories, the E3 in particular, to safeguard its benefits.