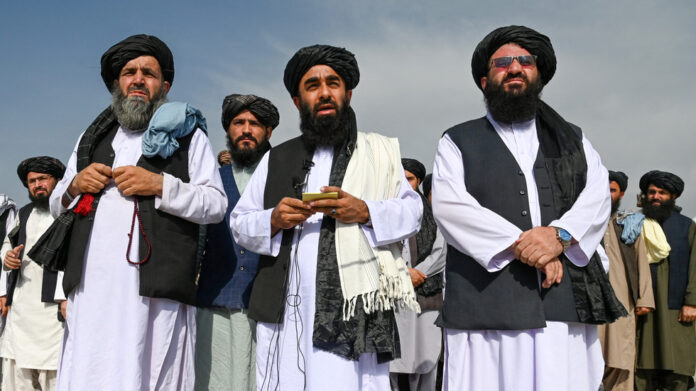 Speaking to journalists on Thursday, Zamir Kabulov, who also serves as the director of the second Asian Department at the Russian Foreign ministry, stated that an invite had been extended to Taliban officials as part of efforts to open diplomatic channels with Afghanistan’s de facto new government.

However, the precise details of a meeting and who might attend it have not yet been disclosed.

Despite the Taliban being designated as a terrorist organization and banned in Russia, representatives of its political branch were granted permission to attend talks in Moscow earlier this year in an effort to forge a peace deal. Since then, the militant group has taken control of almost all of Afghanistan following the withdrawal of US troops and their allies.

“The Taliban movement is prohibited in our country,” she said, adding that Moscow “reaffirms in every possible way its determination to fight against international terrorist activity”.

“There is a small and important nuance,” Zakharova went on, noting, “The Taliban movement is part of the inter-Afghan dialogue. This is the very dialogue that the Security Council [at the UN] has called on all countries to facilitate.”

She stated that by holding talks with all sides, Russia would continue to champion that process.

Any hopes for a peaceful settlement between the warring parties have since disappeared with the collapse of the US-backed government in August.

In past weeks, Taliban leaders have declared Afghanistan to be an Islamic Emirate and taken control of the state. However, no foreign nation has yet recognized the group as the country’s legitimate government.

Kabulov has previously hinted that Russia could grant recognition, while explaining that “we are in no hurry” and that such a move would be dependent on “how the new regime behaves”.

“If we compare how easy it is to negotiate as colleagues and partners, then the Taliban have seemed to me for a long time much more prepared for negotiations than the puppet government were,” he stressed in August.

According to the top diplomat, the former US-backed leadership was “doubtfully elected, ruled badly and ended shamefully”.

However, as well as opening diplomatic channels with the group, Moscow has also moved to shore up security in the region following the departure of American troops. Russian soldiers have staged a series of drills with forces from neighboring Uzbekistan and Tajikistan, insisting that the shared border will be protected.