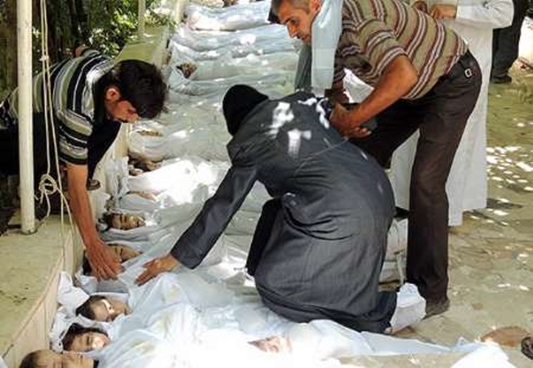 Russia circulated in the UN Security Council a “White paper” on Syria, which reveals the crimes committed by the US-led coalition and opposition groups in the war-torn Syria.

The book contains “information on crimes in the territory of Syria, as well as statistical information about the success of the operation VKS Russia”, — said the Izvestia newspaper’s source.

According to a report covered by IRNA, the newspaper notes that the book describes “crimes committed in the territory of the country by the international coalition under the auspices of the United States and the “moderate” opposition.”

The military department provided information and photos from the scene of hostilities in the area of Palmyra and also provided statistics on the delivery of humanitarian assistance to the civilian population in Syria, particularly in Aleppo, writes the newspaper with reference to sources in military circles.

In addition, the military has prepared data on number of the liberated towns, the killed fighters, as well as on the number of refugees returning to their places of permanent residence.

According to “Izvestia”, specialists of the Institute of Oriental studies of the Russian Academy of Sciences (IOS RAS) had also taken part in the creation of the “White book”.