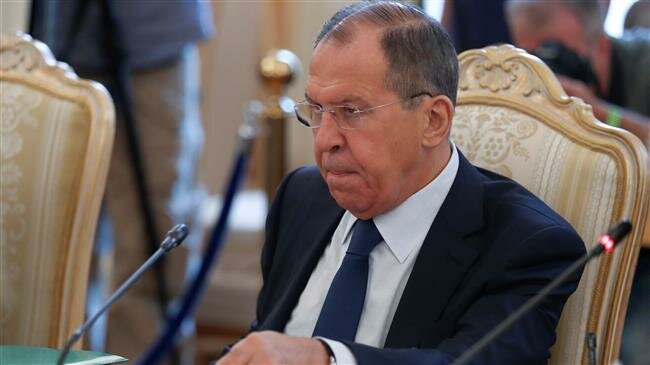 Russia’s Foreign Minister Sergei Lavrov says the hostile policy being pursued by the United States against Iran has fueled tensions in the Middle East, warning that such an approach could have “catastrophic consequences” in the region.

In an interview with the Russian ‘Argumenty i Fakty’ weekly published on Wednesday, Lavrov said the current flare-up of regional tensions is the “direct consequence of Washington’s and some of its allies’ anti-Iranian line.”

He also warned that Washington’s muscle-flexing against Tehran may lead to a “dangerous situation.”

“The US is flexing its muscles, it has launched a campaign to discredit Iran, has accused the Islamic Republic of all the sins,” Lavrov said. “It creates a dangerous situation where a spark would be enough to light a fire. The US would be responsible for any possible catastrophic consequences.”

The top Russian diplomat further stressed that Iran has repeatedly expressed its willingness to ensure regional stability through dialog with all countries, including the Persian Gulf Arab states, which have interests in the region.

Moscow, he added, has been taking steps to ease tensions and promote collective security in the Persian Gulf through confidence-building measures.

“We are working with our partners to maintain multilateral agreements and resolve the situation surrounding Iran’s nuclear program,” Lavrov said.

Tensions have been running high between Tehran and Washington since last year, when President Donald Trump unilaterally withdrew the US from the 2015 multilateral nuclear deal, officially known as the Joint Comprehensive Plan of Action (JCPOA), and unleashed the “toughest ever” sanctions against the Islamic Republic.

Recently, the US has taken a quasi-warlike posture against Iran and stepped up its provocative military moves in the Middle East, among them the June 20 incursion of an American spy drone into the Iranian borders.

The US says it is deploying an aircraft carrier strike group and a bomber task force to the Middle East in a “clear and unmistakable” message to Iran.

In May, Washington dispatched an aircraft carrier strike group, a bomber task force, and an amphibious assault ship to the Persian Gulf, citing an alleged Iranian threat.

The military deployment sparked global concerns that the US may be planning to wage war on Iran.