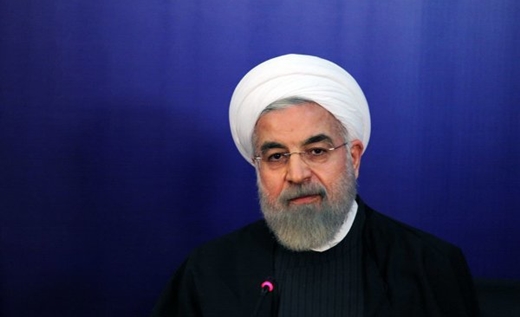 Government is committed to liberating the land of economy from the occupation of P5+1 and the UN Security Council through diplomacy, Rouhani noted.

President Hassan Rouhani said on Sunday that he is committed to liberating Iran’s economy from occupation of world powers.

He made the comment in a ceremony to pay tribute to war veterans for their sacrifices.

Government is committed to liberating the land of economy from the occupation of P5+1 and the UN Security Council through diplomacy, Rouhani noted.

He said that Iranian resistance during the eight-year war had its roots in their love for their homeland and Islam.

The government will liberate the land of economy with the help of its political commanders, Rouhani added, pointing to the fact that military commanders liberated the Iranian city of Khorramshahr from the occupation of Iraq during the eight-year war.

The congress is held on the occasion of Khordad 3 (May 24) which marks the liberation anniversary of the city of Khorramshahr in 1982 which had been occupied by the forces of the Iraqi dictator Saddam Hussein.

Family members of 1,500 martyrs who made the ultimate sacrifice during the liberation operation attended the event.

A photo exhibition was also held on the sidelines of the meeting.