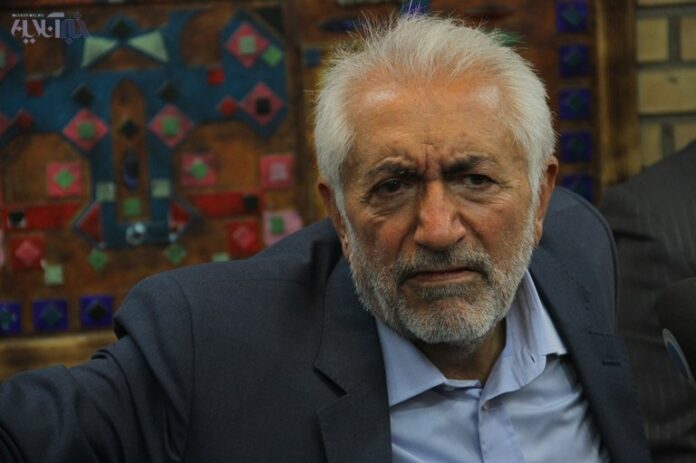 Seyyed Mohammad Gharazi, a former oil and post minister and one of the candidates who competed with Hassan Rouhani in the 2013 presidential elections, believes that President Rouhani has managed to restore calm to the society in the past three years, and will have enough votes to be re-elected in next year’s presidential elections.

Here’s IFP’s translation of excerpts from KhabarOnline’s interview with Gharazi, which was published on the third anniversary of Rouhani’s victory, June 14.

“Society was dissatisfied with the previous government, especially because the government [of Mahmoud Ahmadinejad] had created a series of social problems, and was in conflict with the Judiciary and Parliament. Rouhani was very successful in attracting people’s votes under such circumstances,” Gharazi said.

“Fortunately, after the inauguration of President Rouhani, society has become peaceful, and his administration has managed to increase satisfaction for Iranian people within the past three years.”

“If the government is operating today and the country is moving forward without any problem, it is because of the ongoing peace within society. People’s votes on June 14, 2013, changed the country’s aggressive state into a friendly and sympathetic one,” Gharazi said.

He also referred to the problems Rouhani faced during his term, adding, “Mr. Rouhani managed to finalize the nuclear deal, JCPOA, during this time. This is while the US is sabotaging the deal and domestic opponents are putting the government under pressure.”

“These opponents try to pressure the government on the pretext of the country’s economic conditions, while the current situation is mainly a result of previous administrations. In spite of the government’s low income and the country’s high expenses, President Rouhani has failed to be successful enough in this area. This is why I believe Rouhani is caught between the Americans and his domestic opponents.”

Gharazi also pointed to the rumours of Rouhani’s low chances in next year’s presidential elections, saying, “It depends which candidates run for the post in competition with Rouhani. If the person represents the radical camp, people would not vote for him, but if he is the representative of a reasonable faction, if he provides people with solutions better than Rouhani’s, and if he manages to convince society, then we can expect competitive elections.”

“I pray for Rouhani to end his term well, and the country would be governed peacefully without social tension and conflict,” he noted.