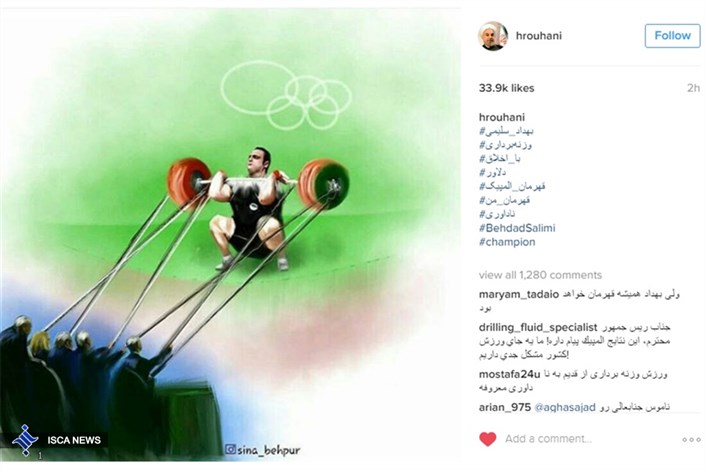 Iran's President Hassan Rouhani posted a photo on his Instagram to voice his anger at the unfair judgment passed on Iranian weightlifter Behdad Salimi.

A recent controversial decision by the weightlifting jury panel against the Iranian weightlifter at Rio Olympics provoked widespread criticism among Iranians.

The photo has been posted with such hashtags as #injustice, #olympics_champion, and #my_champion.

IWF President Aján Is to Blame for Injustice against Iranian Weightlifter: Minister 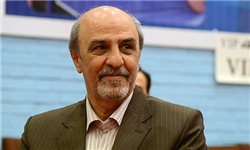 Mahmoud Goudarzi, the Iranian Minister of Youth Affairs and Sports, hailed the efforts made by Behdad while referring to the preconceived mentality of International Weightlifting Federation Chief Tamás Aján as the driving force behind the recent injustice against Iran’s weightlifter.

According to a report by Fars, as translated by IFP, Goudarzi said there is a history behind what happened at Rio Olympics.

“During the weightlifting elections in Iran, Aján, the President of the International Weightlifting Federation, was under the influence of preconceived mentality,” Goudarzi noted.

“Therefore, we asked him to refrain from any act of interference in the election. That, I believe, influenced the jury’s decision.”

“We will offer Behdad a reward equivalent to that of gold medallists in Iran,” Goudarzi stressed.

Salimi set the world record for the snatch with 216 kg. But he could not complete any of his three attempts on the clean and jerk.

Salimi appeared to disagree with the jury panel’s ruling on his first two tries and didn’t have the energy to complete the third.

Gold medal went to Lasha Talakhadze of Georgia with 473 in total.