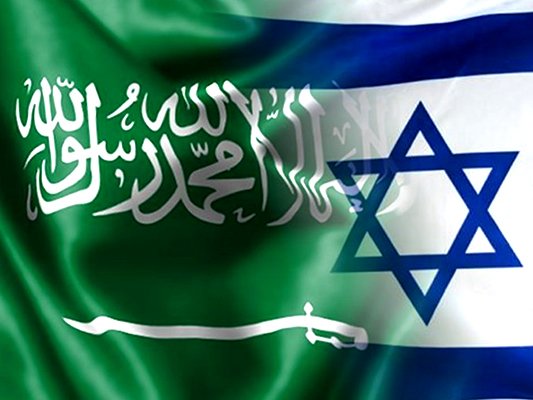 The latest move by Saudi Crown Prince Mohammed Bin Salman to recognize Israel as a state has been described as the climax of the three-year covert and secret relations between Riyadh and Tel Aviv, which can lead to the creation of an anti-Israel coalition by the Islamic states.

The Persian-language website of IRGC-affiliated Basirat think-tank has, in a recent report, weighed on the possible consequences of Bin Salman’s recent recognition of the Israeli regime. What follows is the full text of the article:

Since King Salman rose to power in Saudi Arabia, a new chapter was opened in the relations between Riyadh and the Zionist regime. Over the past three years, bilateral relations between the two sides have gained momentum step by step reaching a climax at which the Saudi Crown Prince announced, in a recent interview, that Riyadh recognizes the entity of the Zionist regime.

In reply to a question whether or not the Palestinian nation is entitled to have control over parts of the occupied lands, he said “I believe that each people, anywhere, has a right to live in their peaceful nation.”

The crown prince claimed that he has religious concerns about the holy mosque in Jerusalem al-Quds and the rights of the Palestinians, adding “Saudi Arabia has no objection against any other people.”

He noted “I believe the Palestinians and the Israelis have the right to have their own lands. But we have to have a peace agreement to assure the stability for everyone and to have normal relations.”

The remarks by Bin Salman should be taken as the final act of the three-year efforts by the Zionist regime to pressurize Saudi Arabia into recognizing the regime. The recognition comes as US President Donald Trump is seeking to implement the “Deal of Century” and relocate the US embassy from Tel Aviv to Jerusalem al-Quds. So, recognition of Israel by Saudi Arabia will have clear messages and ramifications.

The new stance of Bin Salman towards Israel means the recognition of the Zionist regime by Saudi Arabia. This, in turn, can pave the way for the implementation of the US’ Deal of Century to relocate its embassy from Tel Aviv to Jerusalem al-Quds. Trump’s move to recognize Jerusalem al-Quds as the capital of Israel sparked harsh reactions from all over the world, except for a number of states; no major international player backed the move.

So, due to the global objections, the US decision to relocate its embassy in the occupied territories is facing a large number of challenges. Amid this situation, Saudi Arabia’s support for Israel and its recognition of the Zionist regime can partly decrease the pressure on Trump because Riyadh has a special position in the Islamic world due to its custodianship of the two Holy Mosques in Medina and Mecca. The Saudi regime has had the custodianship of the mosques over the past eight decades. This, in turn, has created a capacity which Riyadh takes advantage of to fulfill its goals.

Today the triangle of Bin Salman, Netanyahu and Trump has focused on coping with Iran’s regional influence. Therefore, targeting Palestine as one of the soft power capacities of Iran in the Islamic world has been carried out by the three-member group not only to deal with Iran’s influence but also to prepare the grounds for recognition of Israel.

On the other hand, one of the main dangerous consequences of Bin Salman’s move is that some tiny Arab countries like Bahrain may follow the footsteps of Saudi Arabia. By offering financial support to some weak Arab and Islamic states, Saudi Arabia has managed to take control of their foreign policies. Now, there are deep concerns that these countries might recognize Israel as a state like Saudi Arabia did.

While Saudi Arabia’s move will increase pressure on the Palestinians and funnel more Saudi money to Israel, it can also have dire consequences for both Riyadh and Tel Aviv. Over the past eight decades, Saudi Arabia has managed to whitewash its anti-Islamic measures by underlining its custodianship of the Holy Mosques in Mecca and Medina but recognition of Israel will destroy the low credibility of Saudi Arabia in the Islamic world. Meanwhile, through this move, Saudi Arabia has allied itself with Israel and the US. This in turn can lead to the creation of an anti-Israel coalition by the Islamic states. Today, any country’s recognizing of Israel can inflict a heavy blow on the Palestinian cause and such moves can reunite the Islamic states against Tel Aviv.

Finally, Bin Salman’s recognition of Israel has put an end to the three-year covert and secret relations between Riyadh and Tel Aviv. From now on, Saudi Arabia should be viewed as the close friend of Israel and a protector of its interest.

Therefore, it is upon all Islamic states to revise the structures of their leagues and unions and rearrange them without Saudi Arabia and with a focus on the Palestinian cause and support for Jerusalem al-Quds as the Palestinian capital.