Riyadh, Tel Aviv Likely behind Attack on Iran’s Consulate in Iraq: US Analyst 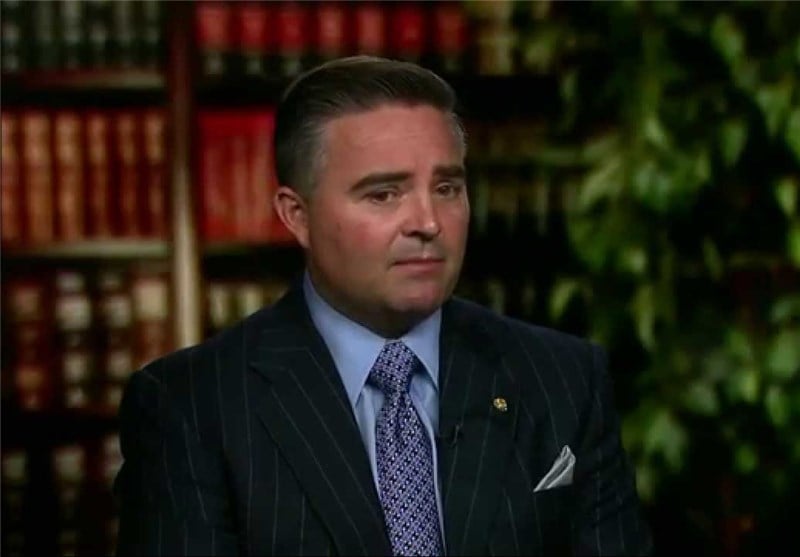 A former US army psychological warfare officer said a recent attack on Iran’s consulate in the city of Basra in Iraq is an attempt to cause a rift between Iran and Iraq, adding that it was most likely carried out by provocateurs paid by mercenary agents from Riyadh and Tel Aviv.

“This (attack on Iran’s consulate) is also an attempt to create tension and hostility between Iraq and Iran by trying to deceive Iran into thinking that Iraqi citizens are attacking Iran, when in fact these provocateurs are most likely paid mercenary agents from Saudi Arabia and Israel,” Scott Bennett, from San Francisco, told Tasnim on Saturday morning.

His educational background includes a Bachelor of Science in Advertising and Spanish Minor from San Jose State University in California, a Master of Arts in International Business and Public Policy from George Mason University in Virginia, and a Ph.D. (ABD) in Political Theory from the Catholic University of America in Washington D.C. He currently resides in California.

Tasnim: One protester died and 11 more were wounded during demonstrations in Iraq’s second biggest city Basra on Friday, local security and health sources said. What’s your take on the demonstrations?

Bennet: This appears to be part of a psychological operation designed to distract attention away from Idlib, Syria and movements of US and NATO forces and their terrorist mercenaries, as well as their potential chemical weapons false flag attack which would be used by the United States and NATO to justify an attack upon Syria, which the Russians and the Iranians and the Syrian leadership have been warning the world about over the past few days. Most likely this internal protest and disruption operations are being conducted by Saudi Arabian and Zionist Israeli Mossad spies infiltrating the areas.  The goal of the operation is to secretly facilitate some “chemical weapons” or other military or terrorist strike or event by distracting the world with a different event at a separate location. This different “event” or distraction operation is designed to generate sufficient “noise and smoke and screams” so that the world turns its attention away from the Idlib, Syria territory, and is caught by surprise when the real event is unleashed—most likely a false-flag chemical attack executed by the White Helmets or other terrorist organizations in Idlib. It may even be an attempt to distract in order to execute an “assassination” of President Bashar Assad of Syria, as has been suggested by certain Western leaders in the past.

This potential false flag chemical attack is also an attempt to provoke President Donald Trump into engaging in a military strike against Syria, and overthrow President Bashar Assad.  Ironically, however, this most likely would lead to the impeachment of President Donald Trump as a “war criminal”, since the Democrats would use this “military response” by President Trump as an act of “unconstitutional declaration of war” and justify his removal from office.  Additionally, American public support for President Trump would drop drastically because it would be seen as an unforgivable act of betrayal against the American public, since the vast majority of Americans voted for Trump because of his promises to remove the United States from Syria, and repair diplomatic relations with Russia. Any US military strike against Syria in response to a false flag chemical attack would effectively be an act of war, and such an act that was revealed to be orchestrated by terrorists as a deception operation, would effectively  establish Trump’s judgment as intolerably handicapped and require his removal; or disqualify Trump from remaining as President due to his intentional participation in a deception operation against the American public and a violation of the Smith-Mundt Act of 1948—which forbids targeting the American public with propaganda or deception operations by the US Government or military.

Tasnim: Protesters stormed the Iranian consulate in Basra, setting it on fire. The Iranian consulate’s building was not the first to be set on fire. The angry demonstrators had earlier set government buildings ablaze as well. It seems that attempts are underway to distort the image of Iran among Iraqis and also drive a wedge between Tehran and Baghdad. What do you think?

Bennet: The plan most likely is to both distract attention away from Idlib, Syria, and destabilize the Iraqi regime because of its close relations and support for Iran and the economic relationship Iraq and Iran have been cultivating in response to the US sanctions.

This is also an attempt to create tension and hostility between Iraq and Iran by trying to deceive Iran into thinking that Iraqi citizens are attacking Iran, when in fact these provocateurs are most likely paid mercenary agents from Saudi Arabia and Israel. Since Saudi Arabia and Israel have admitted to providing financial support, weapons, and medical help to Wahhabi terrorists in Syria, they would easily direct come of these agents to conduct similar operations in Iraq in an attempt to destabilize Iraq and damage its relationship with Iran.

Tasnim: Some other reports suggest that it is a plot orchestrated by Saudi Arabia, the US and members of the former Iraqi regime’s Ba’ath Party to undermine Hashd al-Sha’abi and other popular forces that helped defeat Daesh in the Arab country. Do you believe so?

Bennet: It is logical to assume that there are pro-Western agents in Iraq that are Sunni sympathizers and seeking to replace the Shiite dominant government in Iraq and restore the original Sunni-Ba’ath party.

Saudi Arabia is losing in its war against Yemen, which the world is increasingly seeing as a “war crime”. Consequently, the US is being pressured to abandon its support role for Saudi Arabia as the American people become increasingly aware of the campaign of genocide which Saudi Arabia has been conducting, and which the United States may easily be considered a “war crime” partner in. Additionally, Prince Mohammed Bin Salman is being criticized as mentally unstable and unsuitable to lead Saudi Arabia by other princes and Royal Family members in the House of Saud. Also Turkey and Qatar are switching sides and seemingly becoming closer to Russia and Iran—which is greatly upsetting to the Western globalists and neoconservative warmongers such as John Bolton, Nikki Haley, Mike Pompeo, and other war fanatics in the US Congress.

This psychological operation seems also designed to distract attention away from the current domestic political events in the United States, which many are citing as the beginning of the next “Civil War” in America. Every day in America, the American people are discovering that for the past two (2) years, the American government, and specifically the intelligence and law enforcement agencies in the US (the Department of Justice, the Federal Bureau of Investigation, the Central Intelligence Agency, and the State Department) have been conducting an attempted coup d’état against American President Donald Trump, and the American public and Congress are calling for investigations and prosecutions for crimes against the American people and the Constitution.

This potential domestic disturbances and social uprisings in America are becoming increasingly seen as a kind of “Civil War”. This domestic instability is growing in tension, and this internal tension is pulling the United States government’s attention from the Middle East, and towards its own domestic problems. Consequently, the Zionist and Saudi spies, working in concert with the US, CIA and British MI6, are attempting to shift attention back to the Middle East, in order to try to breath new life into the old failed Western policy of regime change against Syria—and not against Iraq and Iran.

Thankfully, Russia, Iran, and China seem unwilling to allow this false flag attack to continue and would react to any US-NATO-Israeli-Saudi military response with an overwhelming counter-attack, which would include the complete destruction of the entire US Naval fleet in the Mediterranean and the elimination of every US-NATO soldier in the territory of Syria.