‘Reports of Attack on Hezbollah by Israel Baseless’ 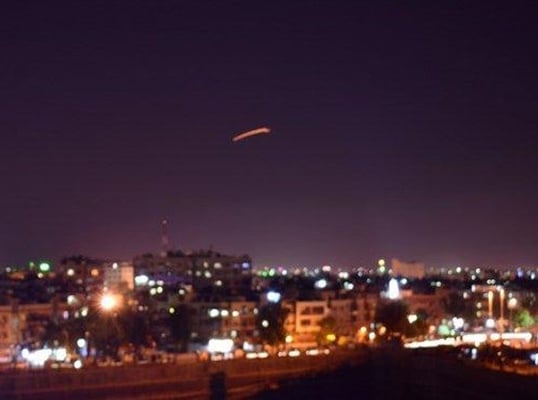 The Beirut-based Al-Mayadeen channel made the statement on Wednesday, referring to an Israeli air strike on arms depot west of Syria’s capital city of Damascus.

There were reports of loud explosions through the Syrian capital and videos shared on social media showing Syrian missiles being fired into the sky.

There was no confirmation from Israel on the attack on Syria, but a report in the American weekly Newsweek said several senior Hezbollah officials were wounded in the alleged attack.

Citing a Defence Department source familiar with the details of the attack via senior Israeli representatives, the report said Israeli aircraft struck a few minutes after the officials got on board a plane to Iran.

The incident comes two days after Israeli Prime Minister Benjamin Netanyahu said the US military withdrawal from Syria will not affect Israel’s policy towards the war-torn country.

In an abrupt policy shift, US President Donald Trump announced last week that Washington would withdraw the roughly 2,000 US troops from Syria.

Israel has carried out lots of air raids on targets in Syria in recent years.

However, Israel had avoided carrying out attacks in Syria since October when Russia provided Syria with its S-300 air defence system.