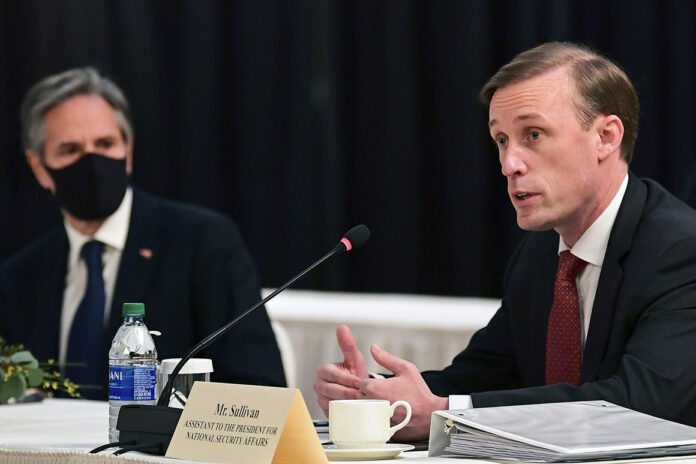 Washington and Tel Aviv are discussing the idea of having a temporary agreement with Tehran that will extend the time for negotiation to revive the Iran nuclear deal, Axios reported on Wednesday, citing US and Israeli sources.

US National Security Adviser Jake Sullivan raised with his Israeli counterpart the idea of an interim agreement with Iran to buy more time for nuclear negotiations, three Israeli and US sources announced.

The idea is only preliminary, and the Joe Biden administration continues to insist that the full 2015 nuclear deal be restored. But with nuclear talks set to resume in Vienna on Nov. 29, it provides a window into at least some of the thinking inside the administration.

In recent weeks, Sullivan raised the idea of an interim deal while discussing next steps on the Iranian nuclear file with his counterpart Eyal Hulata.

Two American sources familiar with the call say the two were just “brainstorming” and that Sullivan was passing along an idea put forward by one of America’s European allies.

According to the US sources, the idea was that in exchange for a freeze from Iran (for example, on enriching uranium to 60%), the US and its allies could release some frozen Iranian funds or provide sanctions waivers on humanitarian goods.

Hulata told Sullivan he thought it wasn’t a good idea and stressed the Israeli concern that any interim deal will become a permanent agreement that allows Iran to maintain its nuclear infrastructure and uranium stockpile, an Israeli official stated.

In another call with Sullivan on Tuesday, Hulata also stressed that the US and its European allies must push for a censure resolution against Iran in next week’s meeting of the International Atomic Energy Agency (IAEA) in Vienna, a source familiar with the conversations added.

Such a move to censure Iran would come just days before nuclear talks are set to resume.

A spokesperson for the Israeli National Security Council noted details of this story were inaccurate, but would not specify which details and did not deny that the idea of an interim deal had been discussed.

US Iran envoy Rob Malley visited Israel this week and met with Hulata as well as with Defense Minister Benny Gantz and Foreign Minister Yair Lapid, both of whom contended that the only way to get Iran back to the 2015 deal was to increase rather than loosen the pressure, according to a senior Israeli official.

Malley made clear that the Biden administration also thinks more pressure on Iran is needed. The main difference is over the timing of further steps against Iran, the official said.

The US approach is to go to Vienna in good faith and see what Iran proposes, a US source familiar with the administration policy added.

If the Iranians make extreme demands, it will then be possible for the US to get other world powers including Russia and China to increase the pressure, the source contended.

Iran’s position heading into the talks is that the US must compensate Iran for its withdrawal from the deal, lift all (not just nuclear) sanctions imposed since 2015 at once, rather than in phases, and provide assurances that no future administration will back out of the deal.

On Nov. 22, IAEA director general Rafael Grossi will travel to Tehran to discuss the agency’s concerns about limitations placed on UN inspectors in the country, followed by the IAEA board meeting on Iran (Nov. 24-25) and the resumption of negotiations (Nov. 29).