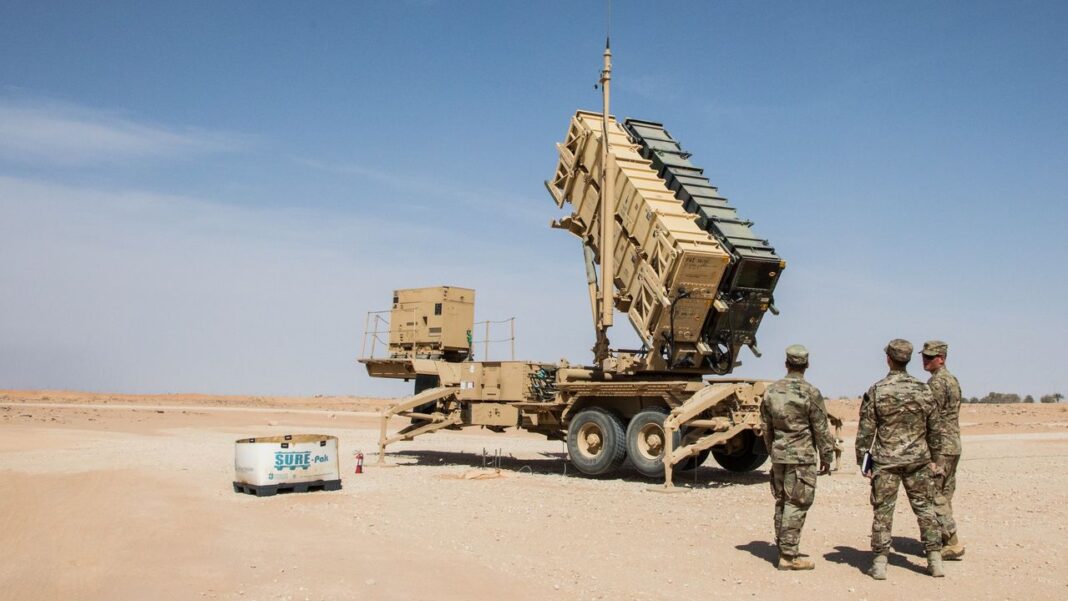 Saudi Arabia has appealed to regional countries to replenish the depleted stock of intercepting missiles for its US-made Patriot air-defense system as Yemeni forces ramp up rocket and drone strikes on the kingdom, the Financial Times reported.

A senior US official said the administration of President Joe Biden supported the moves to source missiles from the Persian Gulf amid concerns that Riyadh’s Patriot stocks could run out in “months” given the current rate of attacks on the kingdom by the Houthi rebels. The US has to greenlight transfers of the interceptors.

“It’s an urgent situation,” the official told the Financial Times.

“There are other places in the Gulf they can get them from, and we are trying work on that. It may be the faster alternative [to US arms sales],” the official added.

Two people briefed on talks between Saudi Arabia and its neighbors confirmed that Riyadh had made such requests.

“There is an interceptor shortage. Saudi Arabia has asked its friends for loans, but there are not many to be had,” stated one of the people.

A second person noted Saudi Crown Prince Mohammed bin Salman hinted at the issue during a Persian Gulf Cooperation Council summit in Riyadh in December and the kingdom subsequently contacted nations in the region directly.

It is not clear if Saudi Arabia’s neighbors have been able to supply it with munitions yet.

Experts announced it would only be a short-term measure to help cover the time it takes for the kingdom to secure US approval for arms sales. Saudi Arabia sources most of its arms from the US but its ability to procure weapons from Washington has been complicated by bipartisan criticism of the conduct of its war in Yemen, as well as concerns about human rights abuses under Prince Mohammed’s leadership.

Another senior administration official said Washington was “working closely with the Saudis and other partner countries to ensure there is no gap in coverage”.

A third US official stated the Houthi rebels ramped up their assaults on the kingdom last year, launching 375 cross-border attacks against Saudi Arabia, many of which targeted oil infrastructure, airports and cities.

“Responding to those attacks using those kind of interceptors means that they’re going to have a burn rate that is faster than they may have anticipated before,” the official continued, adding, “That is something that we have to deal with and the answer to that is not only more interceptors, but the answer to that is ultimately a diplomatic solution to the crisis in Yemen.”

Saudi defense systems take out the majority of projectiles. But 59 civilians have been killed since Riyadh launched its war against the Houthis seven years ago, according to Brigadier General Turki al-Malki, the Saudi defense spokesman.

He said the kingdom valued “its strong and solid partnership with the United States”.

“Our military co-operation is ongoing and we will continue to work closely with our US partners in facing the threat of cross-border ballistic missiles, rockets, and UAVs [ drones],” he added.

Biden froze the sale of offensive weapons to Saudi Arabia shortly after he entered the White House and ended support for Riyadh-led coalition fighting the Houthis.

He pledged to reassess relations with Riyadh and has criticized the kingdom over the 2018 murder of Jamal Khashoggi by Saudi agents and progressive Democrats are resistant to supporting the kingdom.

Last year, Washington redeployed some Patriot systems out of Saudi Arabia. Biden administration officials insist they are committed to the defense of the kingdom, and the state department has recently approved the sale of 280 air-to-air missiles. In December, the Senate rejected a bipartisan bid to block the $680m deal.

The senior US official said the 280 air-to-air missiles would be a “big help”. But he added the armaments would take time to arrive in the kingdom, adding that Riyadh needed the Patriot interceptors “in addition to that to help them tide them over”. “This town is hard for the Saudis,” he said, adding, “Even saying we are committed to the defense of the Saudis is a risky statement in this environment.”

Lloyd Austin, the US defense secretary, told a Middle East conference in November that Washington was “significantly enhancing Saudi Arabia’s ability to defend itself”.