Renewed Call for Weekend to Be Redesigned, Easing Travel Chaos 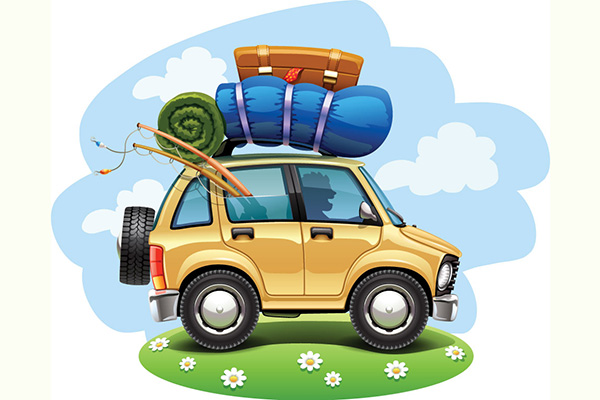 A member of the Tourism Commission at the Tehran Chamber of Commerce, Industries, Mines and Agriculture has once again called for a revision of public holidays and for changes to be made to the Iranian weekend. Stressing the importance of the matter, Mohammad Reza Kha’ef has called on the commission to take up the case, once again, with the Majlis (Parliament).

“Iran is the only country in the world that has designated half-day Thursday and Friday as its weekend. This keeps the country’s business out of touch with the world for almost four consecutive days (Thursday afternoon to Sunday evening),” he said at a recent meeting of the commission.

According to the Persian daily Donya-e-Eqtesad, a sister publication of the Financial Tribune, Kha’ef proposed staggering out public holidays more throughout the year, as well as redefining the weekend. “Afghanistan was the last Muslim nation to shift its weekend from Thursdays and Fridays to Fridays and Saturdays,” he noted.

“There are only 7 national holidays in the US, 8 in Brazil, and 9 in Canada, Germany, and the UK,” Mehralizadeh said.

Taking stock of the fact that a bill concerning the issue had been sent to the Majlis 11 times over the past three years, Mohsen Ranjbar, director of the Tourism Studies and Education Department at Iran’s Cultural Heritage, Handcrafts and Tourism Organization, said, “Several studies carried out by a number of organizations have failed to yield any positive results so far. A major problem is that Iranians have two different calendars, the solar (Persian) and the lunar (Hijri).”

The lunar, or Islamic, calendar has 354 days, so it keeps shifting forward by a few days on the Iranian calendar, and because many Iranian holidays are based on the Islamic calendar, this creates issues. “Sometimes, we only have 20 public holidays in a year because the holidays on the two calendars clash and fall on the same day,” he said.

A second problem, Ranjbar added, is the long interval between holiday seasons. After the annual two-week New Year (Nowrouz) break in March, there is no long holiday until the following March. This is while in many countries, there is a two-week Christmas holiday in December/January and a 14-day Easter holiday/spring break in April.

“The concentration of holidays at the end of the year (in Nowrouz) leaves people hungry for vacations, and as a result, traffic is chaotic on major roads across the country as soon as there are two consecutive days off,” he noted.

The case is being looked into by the Social Council of the Interior Ministry. One of the proposals being reviewed suggests adding a winter holiday period in order to spread out holidays throughout the year. It aims, among other things, to help the hotter southern regions get more of a share in the domestic tourism market.