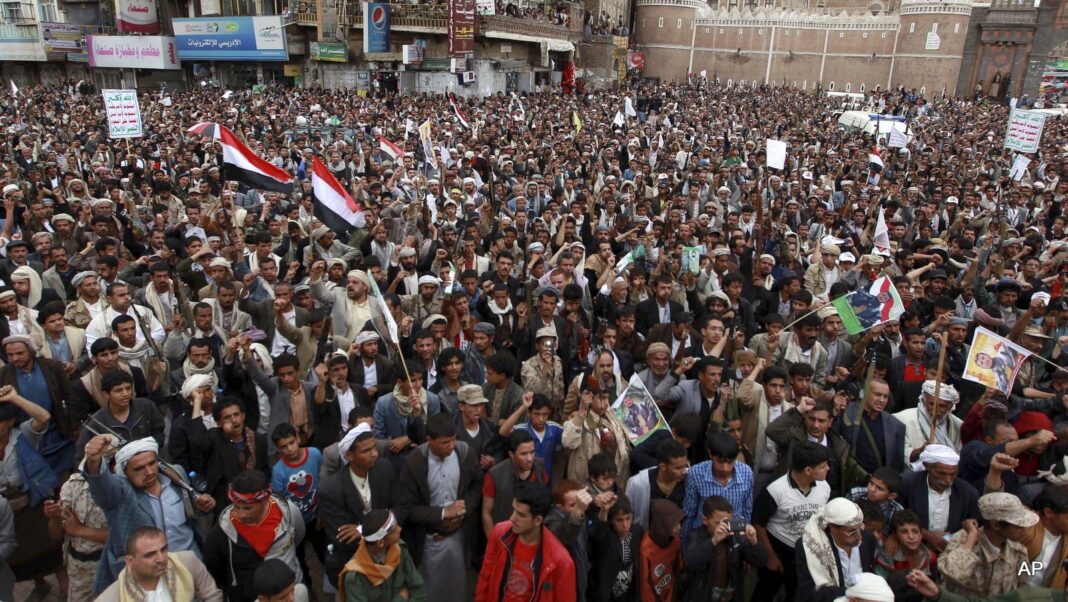 Yemenis from all walks of life have held rallies and issued separate statements vehemently condemning the abuse of a Yemeni woman by a Sudanese mercenary in western al-Hudaydah province.

The Yemenis unanimously blamed the United Nations Security Council for similar crimes carried out against women in the impoverished nation.

“In a huge rally organized in the capital Sana’a by the Women’s National Committee of Yemen, the demonstrators strongly condemned the abuse of a Yemeni woman by a Saudi-paid mercenary from Sudan in al-Khukha region south of Hudaydah city,” a Farsi report by Fars News Agency said, quoting Ansarullah Media Centre.

In a statement, the committee underlined that the Sudanese mercenaries also known as Janjaweed who are fighting in Yemen as part of the Saudi-led coalition are notorious for their “unethical and heinous crimes” including abusing women and disgracing Yemeni families.

The Janjaweed are militias that operate in western Sudan and eastern Chad. Using the United Nations definition, the Janjaweed comprised Sudanese Arab tribes, the core of whom are from the Abbala (camel herder) background with significant recruitment from the Baggara (cattle herder) people. This UN definition may not necessarily be accurate, as instances of members from other tribes have been noted.

The Women’s National Committee of Yemen also urged the UN agencies advocate women’s rights to issue a statement condemning the notorious crimes carried out by the Saudi-paid mercenary in Yemen. It also called for an international probe into the crime to put on trial the perpetrator.

Meanwhile, Ministry of Endowments and Guidance in Yemen organized a rally in the capital to condemn the brutal crime by the Saudi-paid mercenary.

During the rally, demonstrators vehemently slammed the move saying it stands in stark violation of all ethical and humanitarian principles. They also blamed the UN for the crimes carried out by the Saudi-led coalition in Yemen and called for the trial of the perpetrators.

The demonstrators urged the United Nations Security Council to put an end to the brutal siege imposed by Saudi Arabia on Yemen as well as its mercenaries’ inhuman crimes in the impoverished country.

Meanwhile, a number of non-governmental organizations in Yemen issued separate statements blaming the UN for the inhuman situation underway in the country. They also called on the international community to step into the fray and protect human rights, freedom and dignity.

Political coalitions in Hudaydah province also condemned the crime and said it disgraced not only the family of the abused woman but all Yemenis. The coalitions invited all Yemenis to take part in rallies to be organized in the province in protest to the crime. They urged all youths in Yemen to take arms against Saudi-led coalition.

The war, which has so far killed thousands of people, has also taken a heavy toll on the country’s infrastructure, destroying many schools and factories.