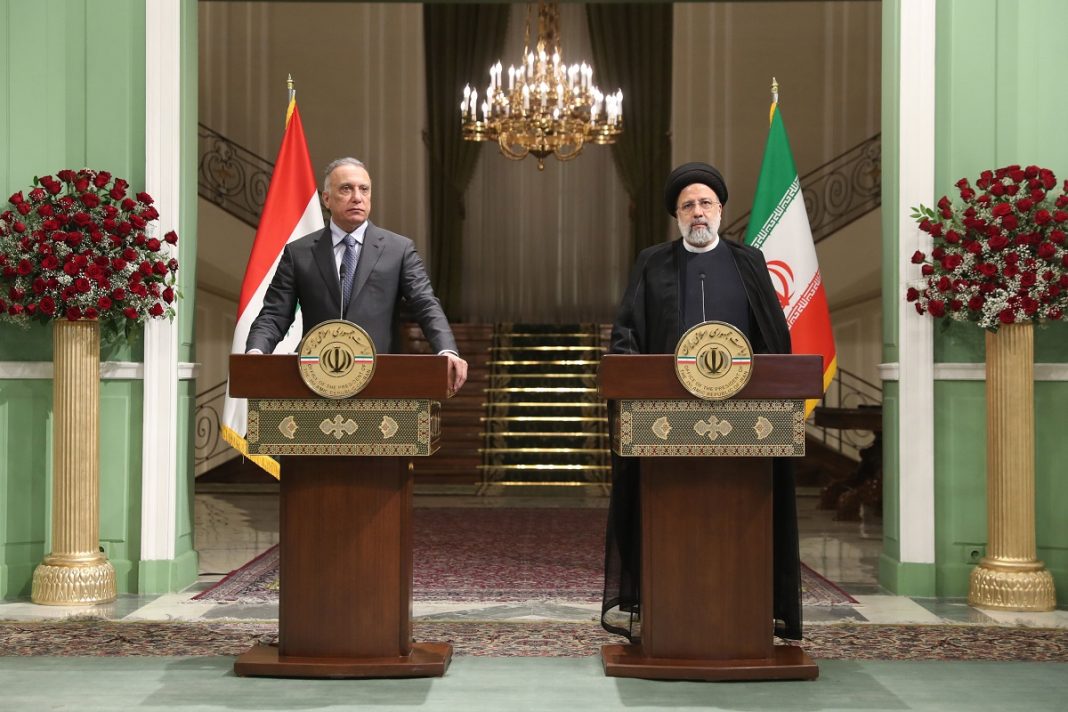 The Iranian president has reiterated that normalization of ties between Israel and some Arab countries will not bring security for the Zionist regime.

President Ebrahim Raisi made the comment in a joint press conference with Iraq’s Prime Minister Mustafa al-Kadhimi in Tehran on Sunday.

President Raisi also said he views Iraq as the closest nation to the Iranian people while he continues his policy of expanding ties with neighboring countries.

He added that Iran has more ties with Iraq than other neighbors.

The Iranian president added that he and the Iraqi prime minister held talks over ways of expanding political and economic ties including the railroad linking the Shalamcheh region in Iran to the Iraqi city of Basrah.

The Iranian president noted that Iran and Iraq have decided to take further measures to facilitate their monetary ties as well.

He said the Iraqi government is supposed to resolve problems that Iranian pilgrims faced in previous years during pilgrimage to the holy shrines in Iraq especially during the Arbaeen ceremony.

Raisi also spoke of issues other than bilateral ties.

On Yemen, he said Iran insists that the siege on the Yemeni people be lifted. The president said Iran thinks of the war on Yemen as futile.

Raisi then pointed to the Zionist regime’s efforts to normalize ties with regional countries, saying normalization will not bring security for Tel Aviv.

The Iraqi prime minister for his part said relations with Iran are highly important to his country.

Kadhimi added that during his meeting with Raisi, the two sides decided to strengthen trade relations between Tehran and Baghdad.

He added that Iran and Iraq have also agreed to set a timetable to facilitate visits by Iranian pilgrims to the holy shrines in Iraq.

Kadhimi added that Iranian pilgrims can now obtain visas both at Iraqi airports and at the border crossings to enter Iraq.

Kadhimi also reaffirmed Iraq’s support for the truce in Yemen.