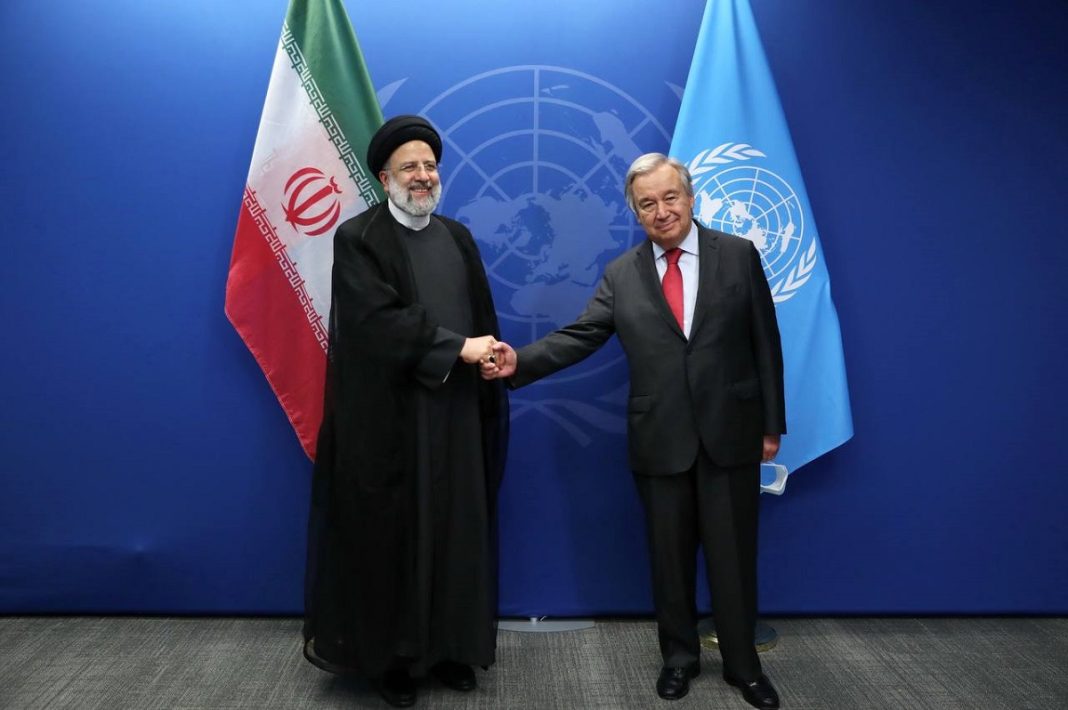 Iranian President Ebrahim Raisi stresses the United Nations’ role in enabling nations to resolve their own issues free from foreign interference, saying the world body should truly serve nations, and not the agenda of big powers.

In a meeting with UN Secretary-General Antonio Guterres on Thursday, Raisi referred to the crises unfolding in some regional countries and said the solutions to all of them were national dialog without foreign meddling.

“It is necessary for the UN to play a more serious role in the face of unilateralist behavior,” he said.

Raisi highlighted Iran’s efforts to host a large population of Afghan refugees and fight terrorism, as a regional and global scourge, saying Iran has always stood by its neighbors throughout difficult times.

“On the contrary, destruction and occupation have been the only souvenir of NATO and the US for our region,” he said.

In turn, Guterres praised Iran’s age-old civilization and said the country was a “vital and undeniable” part of today’s world.

The UN chief described the US’s exit from the 2015 Iran nuclear deal as “unconstructive” and criticized the remaining of tough sanctions on Iran during the coronavirus pandemic.

He also expressed gratitude for Iran’s hosting of Afghan refugees and the country’s role in helping the Yemen ceasefire last.

Guterres said the UN supported constructive regional dialog, adding that human rights should never turn into a tool or excuse for warmongering against countries.