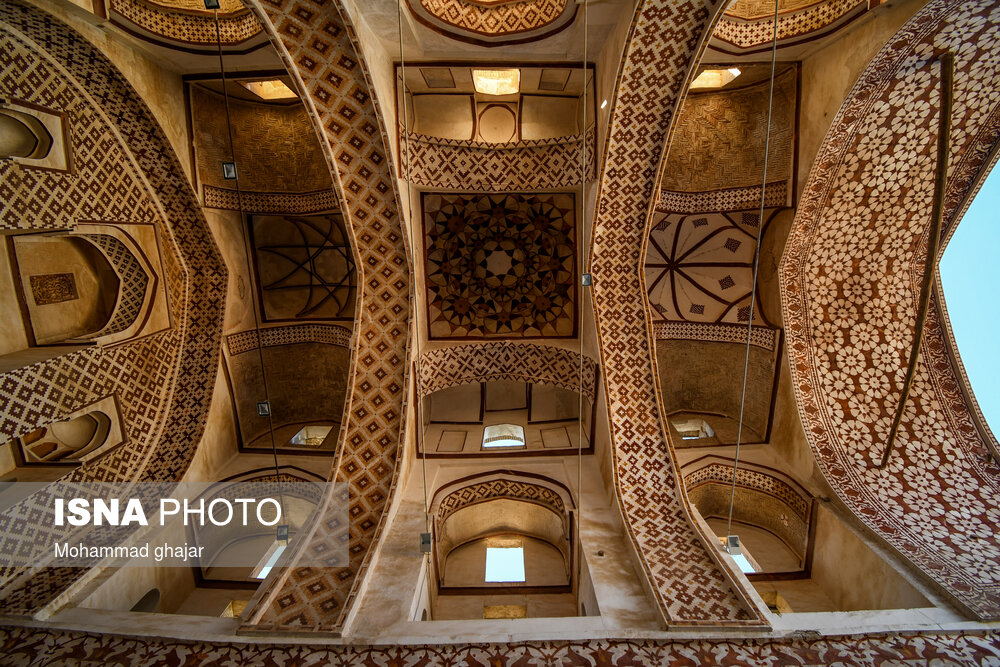 The Grand Mosque of Qaen is an 1000-year-old architectural masterpiece in eastern Iran.

The Grand Mosque of Qaen in South Khorasan Province, which dates back to the late Ilkhanate and early Timurid era, has still maintained its position as the tallest building of the town.

The first nationally registered monument in the province, this ancient mosque has a sundial and magnificent murals grace its portico.

It has been built during the eighth century AH by the order of Amir Jamshid Qareni, the ruler of the region. It has an area of 2470m2 of which 1050 m2 is the foundation of porches, Shabestans and rooms.

This genuine Iranian-Islamic architectural masterpiece two altars: one faces Mecca; the other faces Jerusalem, the former Qibla of Muslims.

The porch of the Grand Mosque has four arches and three domes, beautifully painted and decorated with delicate marquetry. The Isfahan style paintings have been done in Safavid period.

The large, valuable wooden pulpit of the mosque is made of sycamore wood by Master Mohammad Vaezi Kakhki; with an inscription carved on it.

What follows are the images of Grand Mosque of Qaen published online by the ISNA: