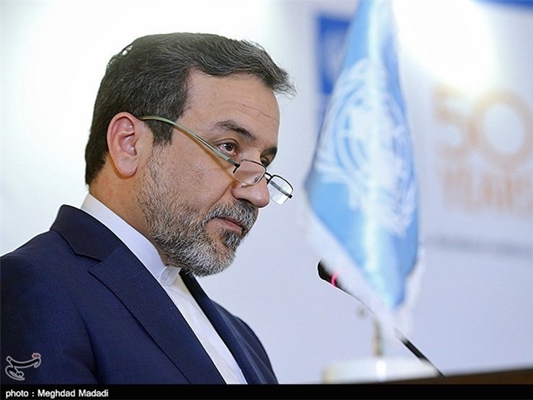 Iranian Deputy Foreign Minister Abbas Araqchi said existing anti-Iran sanctions and problems in the way of the implementation of Iran nuclear deal (JCPOA) was among the main topics discussed at the meeting of the JCPOA commission in Vienna, Austria.

Vienna on Tuesday hosted the fourth meeting of the commission monitoring the implementation of the nuclear agreement, known as the Joint Comprehensive Plan of Action, between Iran and the Group 5+1 (the US, Russia, China, France, Britain and Germany).

As regards the content of the meeting, Araqchi said the US has been urged by fellow members of the group to facilitate banking ties with Tehran through the clarification of transaction channels with Tehran.

“At the JCPOA commission meeting, a demand was raised that the US clarify (the means for) the facilitation of banking ties with Iran,” Araqchi stated.

He added that members of the group lack consensus on the methods of banking transactions with Iran.

“Some countries admitted that the current circumstances, particularly the conditions created by the US Treasury on the international level, do not provide the necessary clarification and information to economic firms and enterprises that wish to work with Iran.”

The first post-JCPOA meeting of the joint commission was held in the Austrian capital on April 22.

All nuclear-related sanctions imposed on Iran were terminated after Tehran and the Group 5+1 (Russia, China, the US, Britain, France and Germany) reached the nuclear agreement on July 14, 2015 and started implementing it on January 16.

However, months after the agreement went into effect in January, the US and the European Union continued to maintain some sanctions on Iran, scaring off companies from resuming trade with the country.