President Raisi: Iran follows unity of Shias and Sunnis as strategy not a tactic 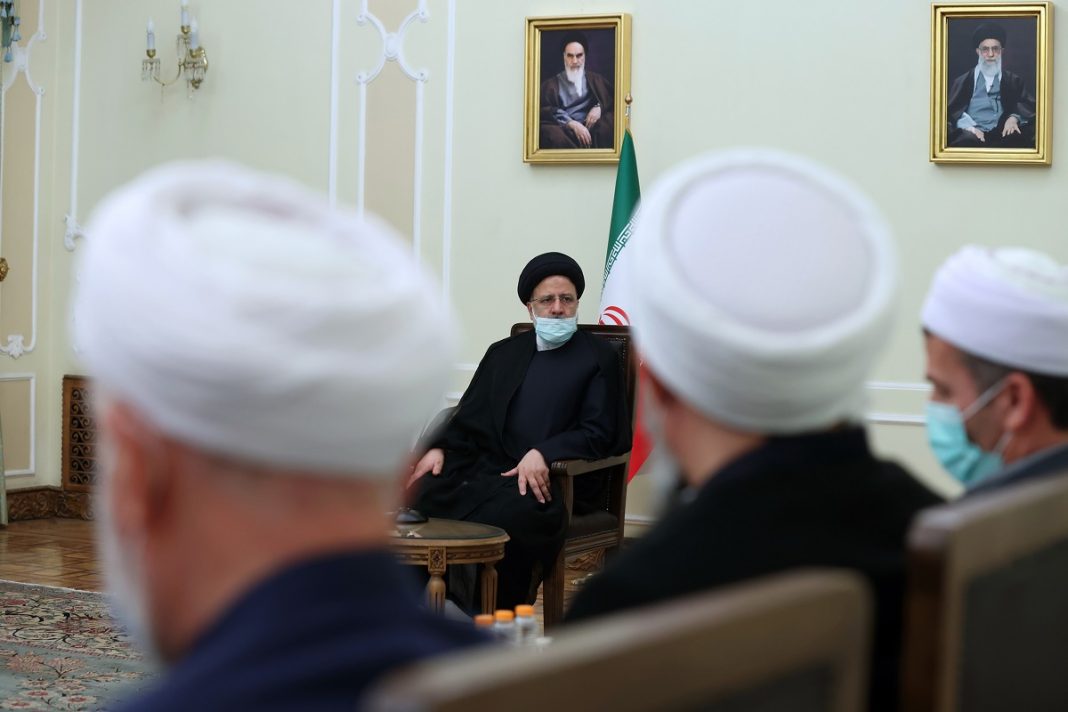 Iranian President Ebrahim Raisi has underlined the significance of unity of Shias and Sunnis in Iran stressing that Sunni compatriots and scholars have a significant place in the history of the country.

Raisi said in a meeting with Sunni scholars that Shias and Sunnis have been living together in Iran for years, stressing that the government is seriously trying to eliminate the problems people face in their livelihoods.

“The government is attentive to the concerns people convey to the religious scholars and works to address these problems,” he said.

Raisi also said the so-called preferential foreign currency exchange rate of 42,000 rials “served the cause of corruption and rent”.

The president added that experts consider this method as closer to justice and toward removal of extreme poverty.

Raisi also touched on the demand by Sunni scholars for a greater number of them to be employed in managerial positions, noting that using “the qualified is an important and essential issue”.

He said his government considers efficiency as its criterion and is adamant that locals are employed in every province.

Raisi later touched on growth of Takfiri groups in the region, warning that everyone should be on their guard to prevent Takfiri and Salafi ideologies to infiltrate the country.

“The British Shism and American Sunnism are two sides of the same coin and both are against the unity of the Muslim world, while unity is a strategy and not a tactic for the Islamic republic of Iran,” he said.