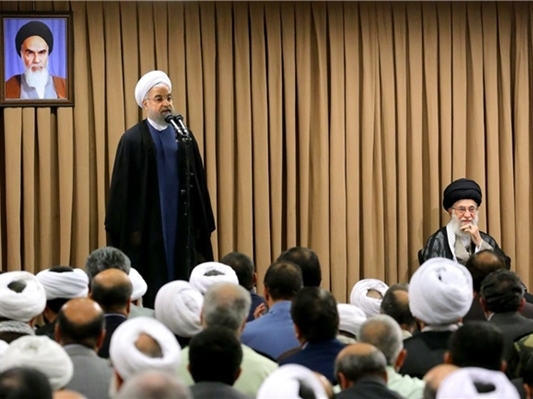 Iranian President Hassan Rouhani said his administration feels ashamed to see those Iranian graduates who have no job.

“It’s a shame for the administration that the Iranian educated youth are unemployed,” the President said on Tuesday evening, June 14, at a meeting between Leader of the Islamic Revolution Ayatollah Seyyed Ali Khamenei and senior Iranian officials in Tehran. He was referring to recent comments made by Ayatollah Khamenei voicing concern about the burden of unemployment.

Back in June, at a meeting with the members of Iran’s new Parliament, Imam Khamenei touched on the subject of job opportunities in the country, saying, “The shame that burdens this humble person’s heart, over unemployed youth going home empty-handed, is no less than their burden of shame.”

In last night’s meeting, the Leader referred to economic recession and unemployment as the country’s two major problems. He also explained that such predicaments are blamed on the policies and plans of the country’s various cabinets, rather than the foreign sanctions.

As regards the remedies for recession and unemployment, Imam Khamenei urged compliance with Resistance Economy strategies and serious support for Iranian knowledge-based companies.