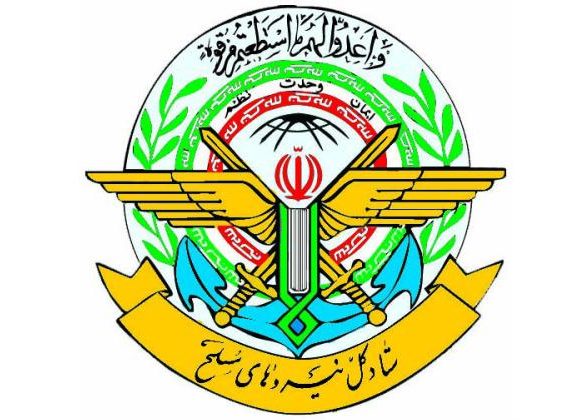 Iran’s Armed Forces in a statement warned that the ignorance which existed before the advent of Islam is rearing its ugly head again due to efforts by reactionary Arab rulers in the Middle East.

The General Staff of the Iranian Armed Forces has, in a statement, announced that the Jahiliyyah (ignorance and paganism which existed before the advent of Islam) is re-emerging because of attempts by certain reactionary Arab rulers in the region.

The following is the full text of the statement released to honour May 24, which marks the anniversary of the liberation of the southern Iranian city of Khorramshahr from the Iraqi occupation:

The liberation of Khorramshahr was a clear manifestation of unity among Iranian people and military troops against the enemy.

The history of the Islamic Revolution is brimful of pride and honour brought upon the nation by the resistance of Iranian forces against the armed-to-the-teeth enemy during the eight-year Iraqi imposed war in the 1980s. The liberation of Khorramshahr is, no doubt, one of the outstanding instances of honour brought upon this nation.

The Iraqi imposed war orchestrated and backed by hegemonic powers, the US in particular, was aimed at eliminating the Islamic Revolution. The war was a test to show the world the resistance and forbearance of revolutionary, faithful and prudent Iranian people. Iran’s resistance proved wrong the predictions of Saddam Hussein’s regimes and his allies and dealt a blow to their equations and saber-rattling. Iran’s resistance was the manifestation of the late Imam Khomeini’s pure and divine thoughts. In the conflict, Iranians disseminated the message of the Islamic Revolution across the globe.

Today, the spiteful cronies of global hegemony have sunk their claws into the flesh of Islam and bodies of millions of defenseless freedom-seeking Muslims. While claiming to be supporters of human rights, hegemonic powers have trampled the basic principles of humanity underfoot and jeopardized the lives of countless number of Muslims, bringing about the most sorrowful events in human history. This comes as international circles and states which bang the drum for human rights, war on terror and combating terrorism, are turning a blind eye to these atrocities.

The Jahiliyyah is making a comeback due to efforts by some reactionary Arab rulers in the region. Accordingly, these Arab rulers are ignoring the most brutal oppression and aggression against innocent Muslims in Yemen, Iraq, Palestine, Afghanistan, Bahrain, Lebanon and Syria. Moreover, they follow the policy of establishing friendship with the number-one enemy of the Muslim world, which amounts to a repeat of the wicked Arab-Israeli alliance. These Arab rulers blatantly seek to purify the hated and sinister image of the Israeli regime. However, they will not live to see the dream of a Greater Israel come true thanks to God’s grace, the Islamic awakening, and self-motivated movements.

Hegemonic powers as well as domestic and foreign anti-revolution fronts should know that the Islamic Republic of Iran is based on the principles of “Guardianship of the Islamic Jurist” and “Islamic Leadership,” and is a popular government and a new experience in today’s chaotic world. The Leader’s wise leadership, people’s cooperation and rapport, and the invaluable legacy of martyrs have made the Iranian establishment immune to conspiracies. The country is moving on the path to administration of justice under the umbrella of Islamic teachings despite enemy plots.