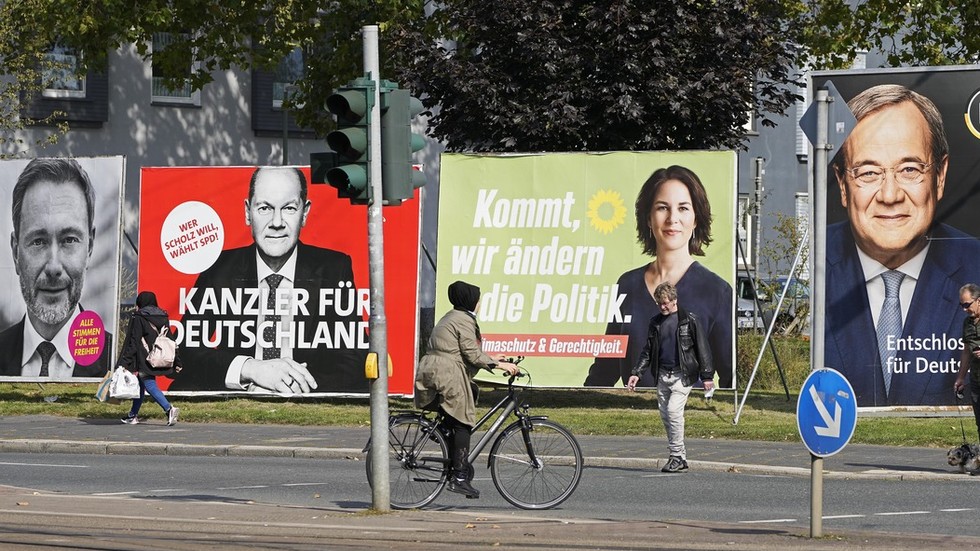 Polling stations opened in Germany in a new federal parliamentary election that will determine the successor to Angela Merkel as Chancellor.

Some 60.4 million people are expected to cast their ballot before 18:00 CET.

The election was too close to call on Friday with Merkel’s centre-right Union bloc (CDU-CSU) polling a very close second to the centre-left Social Democrats (SPD). If these projections were confirmed, finance minister Olaf Scholz would then secure the country’s top job after 16 years of Merkel in power.

Coalitions have been a fixture of German federal politics for decades and this election is unlikely to buck the trend. Negotiations could take weeks or months and would thus require Merkel to remain at the helm in a caretaker capacity until a power-sharing deal is struck.

The CDU-CSU and SPD have been in multiple power-sharing agreements together, including in the last government. This time around, they’re both hoping they can make do without the other.

The Green Party, which is expected to come in third place with about 17% of the vote, have signalled they’re willing to enter into government with the SPD. This could see them return to power for the first time since the 1950s.

However, this is quite a reversal of fortunes for the party which was leading in the polls until April. The party’s chances were hurt after its candidate for chancellor, Annalena Baerbock, was hit by a series of setbacks including accusations of plagiarism and undeclared bonuses.

An SPD-Green alliance would however not be enough to secure a majority in the Bundestag. The radical left Die Linke could then be brought in, although it would be expected to give up its criticism of NATO.

The Free Democrats are likely to have the envious role of kingmaker.

The far-right AfD, which entered the Bundestag for the first time four years ago, is expected to confirm its parliamentary foothold with around 10% but remains excluded from any possible coalition.