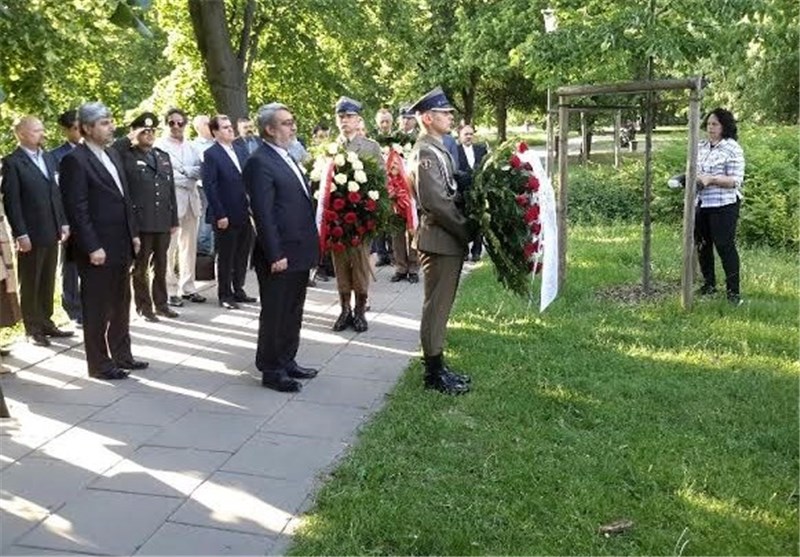 At a ceremony in Warsaw attended by Iran’s Interior Minister Abdolreza Rahmani Fazli, a number of Polish officials and veterans paid homage to the Iranian nation for hosting a huge number of Polish refugees who had fled from the Second World War more than 70 years ago.

During the ceremony, participants laid flowers at the “monument of gratitude”, a memorial to the people of Iran for generously welcoming over 120,000 Polish refugees escaping from the Soviet Union with the Anders Army in 1942.

The daughter of General Władysław Anders – commander of the 2nd Corps and a national hero – was also at the ceremony with a number of veterans, some of whom were kids at the time of the influx of refugees to Iran.

Heading a high-ranking delegation, the Iranian minister is in Poland for an official visit as part of efforts to boost bilateral relations between Tehran and Warsaw.