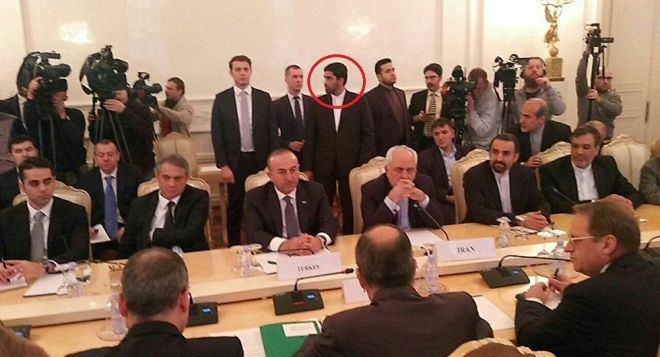 A photo of Iranian Foreign Minister’s bodyguard closely watching his Turkish counterpart has been widely covered in world media, particularly those of Turkey.

According to a report by IFP, there was an interesting moment in the Tuesday trilateral meeting between Iranian, Russian, and Turkish foreign ministers.

At this moment, whose photograph has gone viral, Iranian Foreign Minister Mohammad Javad Zarif’s bodyguard is standing next to Turkish FM Cavusoglu’s bodyguard and staring at him all the time.

The bodyguard’s move came after the Monday night assassination of Russian Ambassador to Ankara by a member of Turkish anti-riot police force. 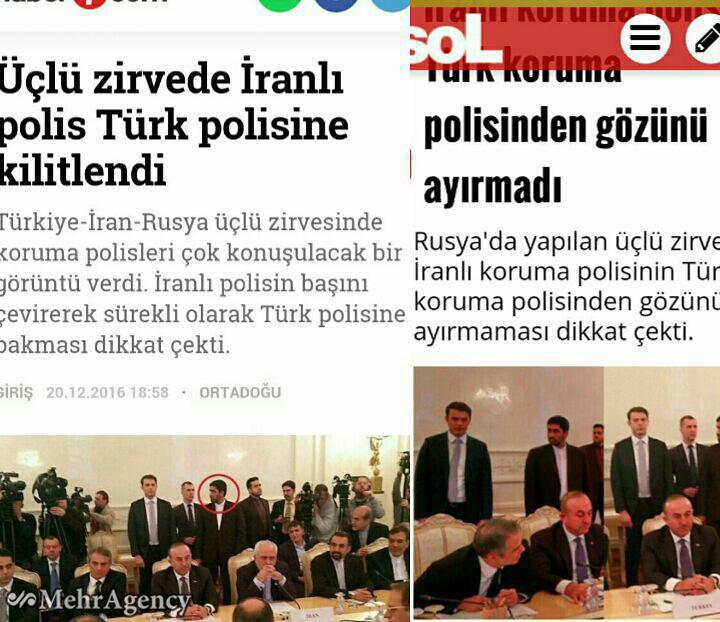