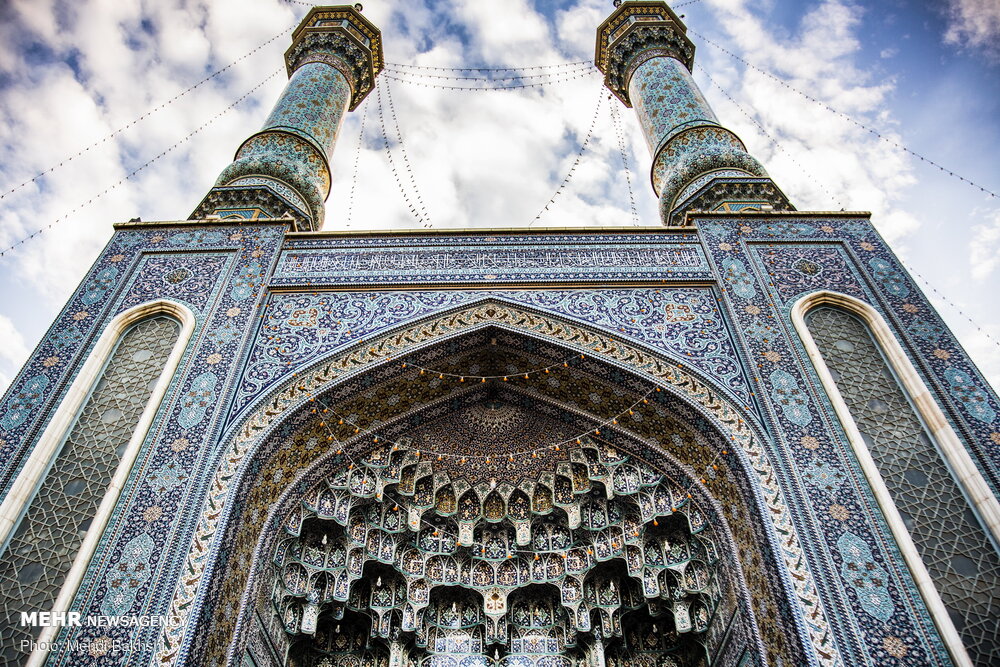 With an area of 12,000 square metres, the Grand Mosque of Qom is one of the largest religious, historical buildings in Iran.

The Grand Mosque of Qom has been built beside the holy shrine of Fatimah al-Masumah (AS) upon the order of Grand Ayatollah Alavi Boroujerdi, the late Iranian religious authority.

As an excellent example of Islamic art in the 20th century, the mosque dazzles every passer-by.

Master Hossein Lorzadeh, the prominent contemporary architect, is the one who has designed the magnificent structure.

With an area of more than 1,400 metres, its dome is one of the largest ones in the Islamic world. The building has two large, 25-metre minarets, and is adorned with unique tile works.

The Grand Mosque of Qom has long been a venue for the classes of top religious authorities. What follows are Mehr News Agency’s photos of this beautiful mosque located in central Iran: