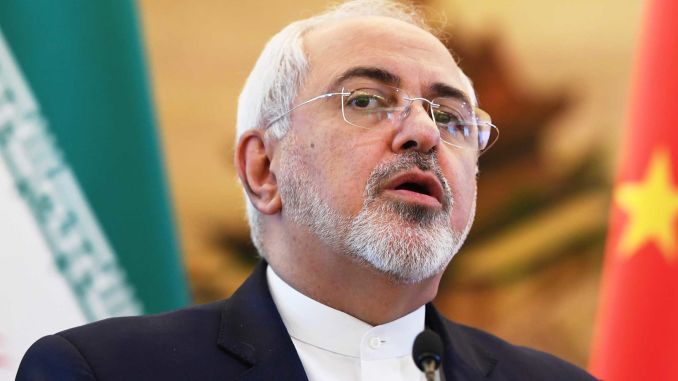 Iranian Foreign Minister Mohammad Javad Zarif warns that the sanctions imposed by the United States against member states of the Non-Aligned Movement (NAM) have put hundreds of millions of people at risk and hampered global trade.

Zarif made the remarks in an address to the preparatory ministerial meeting of the 18th NAM Summit in the Azerbaijani capital city of Baku on Wednesday.

“In fact, the US’ addiction to sanctions—or more correctly economic terrorism—against the people of many non-aligned countries, including Cuba, Venezuela, Syria, Iran and even major powers such as China and Russia, is undermining the fabric of international economic relations, and putting hundreds of millions of people, as well as global commerce, at risk,” he said.

Zarif also underlined the urgent need for the international community to take a “unified stance” in order to avert a global catastrophe by compelling Washington “to reverse its dangerous course.”

The top Iranian diplomat further stressed that the “irresponsible” US withdrawal from a 2015 multilateral deal on Iran’s nuclear program has been “another major disrupting element in our region and beyond. “

“The American economic war — indeed its economic terrorism — targeting ordinary Iranian people and wishfully attempting to starve them into submission — is not just a willful and publicly-announced crime against humanity, but a grave and immediate threat to international peace and security,” he added.

Elsewhere in his address, Zarif said Western Asia suffers the most from the vendetta against the global order.

Touching on the issue of Palestine, he warned that the nation’s right to self-determination, as one of the most important NAM objectives, was being trampled on by “unilateral and destructive” US policies, particularly by Washington’s “illegal and dangerous” position on occupied Jerusalem al-Quds and the Golan Heights.

“The Zionist regime has been emboldened by the US’ blind support—and unfortunately also by the short-sighted acquiescence of some in our region — to usurp and absorb more, and even more, of Palestine,” Zarif said.

He further referred to the horrendous atrocities being committed by the Saudi-led coalition against the people of Yemen, with full US backing, saying the situation is spiraling out of control and leading to further escalation and insecurity in the region and beyond.