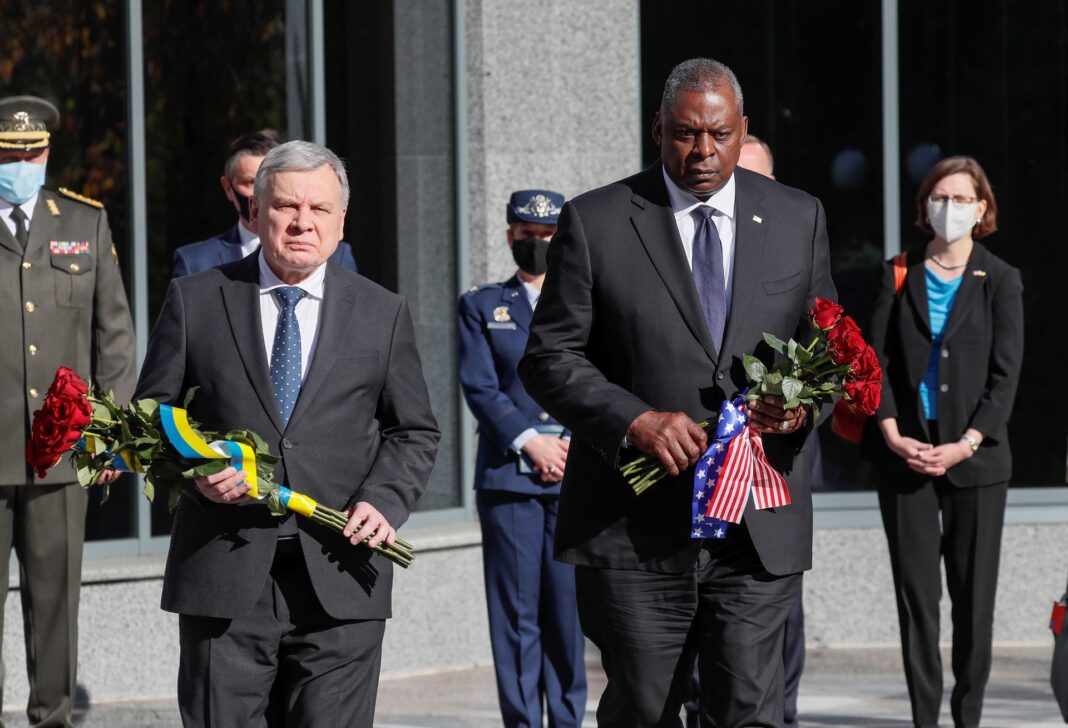 No third countries have the right to influence Ukraine’s determination of its future foreign policy, Austin said at a joint briefing with Ukrainian Defense Minister Andriy Taran in Kyiv on Tuesday, commenting on the reaction of Russia to the possibility of Ukraine joining NATO.

“No third country has the right to veto NATO membership. Ukraine, as I have already noted, has the right to decide its future foreign policy without external interference. I will say that our support for Ukrainian sovereignty is unshakable and we will continue to work together for in order to assure that we are in the right place, and Ukraine can defend itself,” Austin added.

The US intends to support defense reform in Ukraine until it reaches the criteria for NATO membership, Austin noted.

Austin stated that following the NATO summit in June 2014, NATO allies pledged support for Ukraine in its intentions to become a full member of NATO. The United States remains unwavering in support of Ukraine’s defense reform, which will help achieve the criteria for full NATO membership.

He announced the United States has a duty to help Ukraine, and US President Joe Biden has noted that on several occasions.

Austin also said that he likes Ukraine, the people of Ukraine, and the United States has a responsibility to help them. President Biden has emphasized this on several occasions – about the US commitment to support Ukraine, its territorial integrity and integrity. He added that he is here to reassure in the US serious intentions.

The accession of Ukraine to NATO is a “worst-case scenario” that would cross a “red line” for Moscow’s interests and, if Kiev were accepted as a member, Russia would be forced to take measures to protect its national security.

That’s according to Kremlin spokesman Dmitry Peskov, who told Parisian TV channel France 5 about the threat Moscow perceives from the US-led bloc, while also noting that Russia wishes to be a part of a prosperous Europe.

“Ukraine’s accession to NATO would be the worst-case scenario,” Peskov told the French journalists for a program called ‘Vladimir Putin: Master of the Game’.

Peskov also responded to accusations that the movement of Russian troops near the country’s frontier with Ukraine was a threat to the West.

“Of course, we can understand your feelings. But we prefer that you Europeans become better informed,” the Kremlin spokesman added.

Peskov also batted away suggestions that Russia is interested in a “divided Europe” and called for the European Union to have its own independent army and defense system, outside of the American-led bloc.

“It is not clear whether Americans will stay in Europe and continue to defend Europeans against those ‘terrible Russians’,” he noted.