Parliaments of Iran, Iraq Key to Promotion of Ties: Rouhani 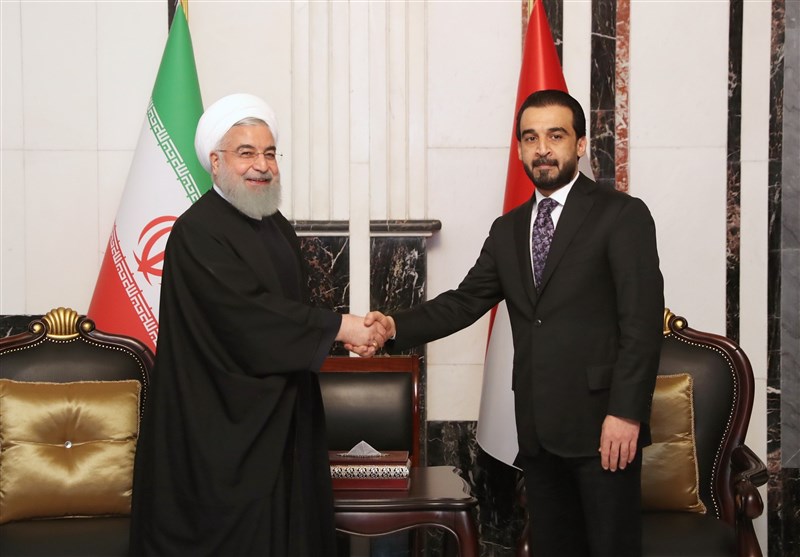 The Iranian president highlighted the significant role that the parliaments of Iran and Iraq play in strengthening bilateral relations, saying the governments of both neighbors are determined to enhance ties in various fields.

In a Monday meeting with Speaker of the Council of Representatives of Iraq Mohamed al-Halbousi in Baghdad, Hassan Rouhani referred to the importance of interaction between the parliaments of Iran and Iraq to develop relations and cooperation between the two countries, saying, “Fortunately, today there is a strong resolve in all Iranian and Iraqi officials to deepen Tehran-Baghdad ties.”

He also pointed to the decision made by the two governments to facilitate interaction between economic executives and business people, saying, “We should make efforts to further develop banking cooperation between the two countries.”

“Creating border markets at the joint borders of the two countries can promote relations and cooperation between Iran and Iraq,” the president’s official website quoted him as saying in the meeting.

For his part, the Iraqi speaker described Rouhani’s visit to Iraq as very important and a turning point in the relations between the two countries.

He added, “The parliaments and all political groups in Iraq welcome the country’s approach for development of relations and cooperation with other countries, especially with the Islamic Republic of Iran.”

Heading a high-ranking delegation, Rouhani arrived in Baghdad on Monday at the official invitation of the Iraqi government. It is Rouhani’s first official visit to Iraq during his tenure.