Panjshir residents protest ‘murder of a man by Taliban’ 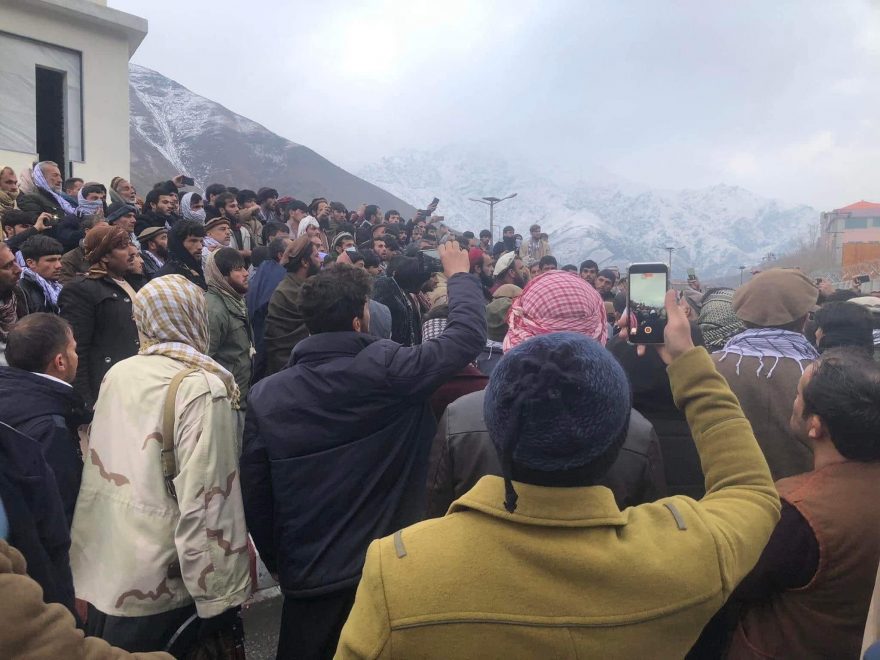 Hundreds of residents of Annaba district of Afghanistan’s Panjshir Province took to the streets protesting the killing of a young man they claimed was shot by the Taliban affiliates.

The demonstrators carried the dead body to the office of the provincial governor and asked for justice.

The angry protesters were chanting “Death to Taliban”, “Death to stooges of Pakistan”, and “Long live Ahmad Masoud.”

Residents of Annaba district claimed that the slain Nazir Aqa-24 was murdered by the Taliban affiliates but the motive behind the murder is yet to be unveiled.

Provincial officials of the Taliban confirmed the killing and called it a misunderstanding.

A statement released by the Taliban officials in Panjshir province reads that suspects of the incident have been arrested.

Meantime, affiliates of the Abdul Hameed Khorasani, deputy chief of security of Panjshir province, have also engaged in a fight with the protestors but have led to no casualties.

It is the first time that a relatively large demonstration is staged against the Taliban in Panjshir province.

Panjshir was the last province of Afghanistan that fell to the Taliban.