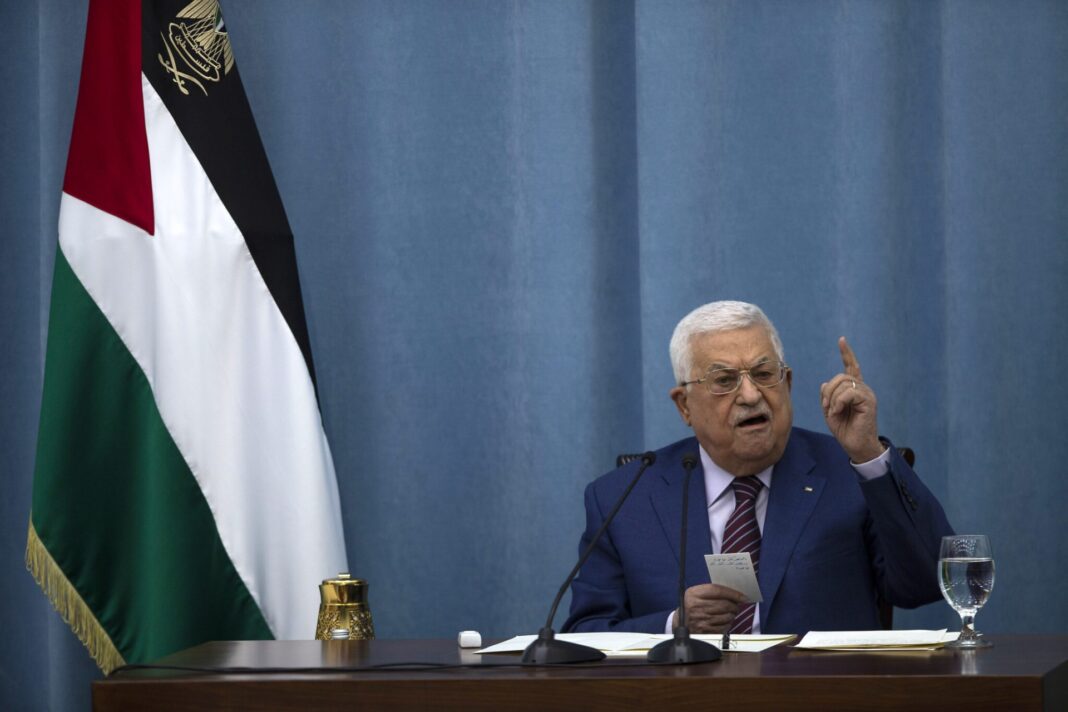 Major Palestinian groups have slammed new appointments to top positions in the PLO as illegitimate and a power grab by President Mahmoud Abbas. They claim the 86-year-old Abbas is trying to secure his favoured successor.

The Palestinian Central Council (PCC) announced the appointments to the Palestine Liberation Organization – an umbrella organisation of Palestinian political parties – after a two-day meeting on February 6 and 7 in the occupied West Bank city of Ramallah.

The meeting was criticised by Hamas, Islamic Jihad, and the left-wing Popular Front for the Liberation of Palestine (PFLP), who said in a joint statement on Wednesday that the appointments had “neither recognition nor legitimacy”, and that they were “a violation of decisions based on national consensus”.

During the meeting, the first since 2018, three officials regarded as Abbas loyalists were appointed to the PLO’s 16-member executive committee, including controversial PA official Hussein al-Sheikh who will likely replace late chief negotiator Saeb Erekat as the committee’s secretary-general.

Two other seats were filled by close Abbas aides: Mohammad Mustafa, an independent, and Ramzi Khoury, a member of Abbas’s Fatah party.

Analysts and critics say the appointments appropriate rights that belong to the PNC, which was created as the PLO’s parliament and is the highest Palestinian governing body.

“What happened is the confiscation of the rights of the PNC, the decision-maker for such appointments,” PNC member Tayseer al-Zabbari told Al Jazeera.

The PLO executive committee’s main function is to execute policies and decisions set out by the PNC and the PCC – which was only meant to be an intermediary between the PLO and PNC.

Activists and politicians say the PNC has been slowly sidelined over time. It only managed to hold a full session once, in 1996.

The last Palestinian legislative elections took place in 2006, when Hamas won by a landslide, dealing a blow to Fatah. In 2007, weeks of violence between the factions ended with the Fatah-dominated PA administering parts of the occupied West Bank and Hamas governing the besieged Gaza Strip.

In 2018, the PNC held a session that was boycotted by Hamas, Islamic Jihad and PFLP. In that session, the body – with the members present overwhelmingly belonging to Fatah – formally transferred its legislative powers to the PCC.

But political analyst Khalil Shaheen told Al Jazeera the PCC does not have the legal right to appoint key executive and legislative positions in the Palestinian leadership, and that the appointments announced on Wednesday were “a consolidation of personalities close to the president”.

“It is a continuation of his political approach and adherence to the policy of maintaining the PA,” he added.

“This requires him [Abbas] having a team around him, compliant institutions, and a security and economic relationship with the occupying state that represents the lungs through which the PA breathes,” he noted, referring to the PA’s controversial policy of security coordination with Israel.

On Sunday, small protests took place in Ramallah and Gaza rejecting the convening of the PCC.

Signs reading, “No to a central council that deepens divisions and strengthens security coordination and economic peace,” and “PNC elections are the road to unity, resistance and perseverance,” were held up.

Responding to the criticism, Omar al-Ghoul, a member of the PCC, said the PNC delegated its tasks to the council “so as not to leave any void – so that there is no constitutional violation”.

“We did what was entrusted of us, and we did not take over the role of the PNC. Rather, it was delegated to us,” he told Al Jazeera.

The closing statement of the PCC meeting on Wednesday also announced the suspension of security coordination with Israel and of its recognition of the state until it halts illegal settlement activity and acknowledges Palestinian sovereignty.

However, similar statements announcing the end of security coordination – which includes sharing intelligence about Palestinian activists – were made in the PCC’s last two summits in 2018 and 2015 but were not implemented.

Al-Sheikh is widely regarded as a frontrunner to replace Abbas, whose mandate as president expired in 2009. He was elected in the last presidential elections of 2005, following the death of former leader, Yasser Arafat.

In April 2021, Abbas was heavily criticised for postponing presidential and parliamentary elections due to take place in the following months.

In the event of Abbas’s death or him standing down from power, the next in line for the presidency would be the secretary-general of the PLO’s executive committee.

Al-Sheikh – who liaises closely with Israel in his role as civil affairs minister – is now likely to become the committee’s secretary-general, but he still needs to be formally elected by the committee.

He has been criticised for playing a major role in maintaining the security coordination policy.

Al-Zabbari stated he believes that al-Sheikh will be elected as PLO secretary-general and that it would likely meet with institutional Palestinian approval.

“He will be given more power and ability to facilitate maintaining the relationship that he carries out day and night with the Israelis,” al-Zabbari told Al Jazeera.

Shaheen added he believes that while the issue of Abbas’ successor “is not tied to one specific person, it appears that the president is keen on maintaining his policies, and so he brings closer those he thinks can safeguard these policies”.