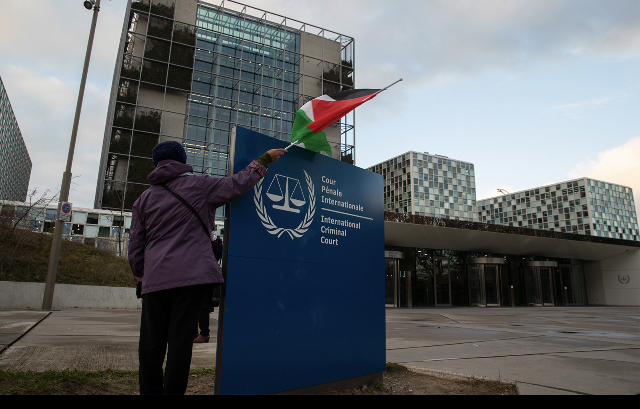 The Palestinian Foreign Ministry called on the International Criminal Court (ICC) to probe into the crimes committed by Israel and extremist Jewish settlers in the occupied territories.

The Palestinian Ministry of Foreign Affairs and Expatriates in a statement condemned the brutal repression of anti-settlement marches in various areas across the West Bank, particularly in the town of Beita, and sit-ins against the establishment of an illegal settlement outpost on the Palestinian lands in Jabal Sabih.

It also denounced the Israeli military’s attacks that targeted ambulances and Palestinian homes in the occupied West Bank towns of Beita and Kafr Qaddoum, as well as in the Gaza Strip.

The foreign ministry stressed that the Israeli regime is pressing ahead with its aggression against the Palestinian nation, especially as it continues to raze buildings and aggressively distributes house demolition notices.

The Palestinian foreign ministry said it views with great seriousness the recent visit by Israeli Minister of Military Affairs Benny Gantz and his army staff to the Jabal Sabih area, and considers it a provocative move against Palestinian lands South of Nablus.

It called on the international community, the UN Security Council in particular, to exert maximum pressure on Israel to remove the illegal settlement outpost in Jabal Sabih, and to return the area that it has seized by force to its rightful owners.

The ministry added that sanctions on Israel will deter the occupying regime from further expropriation of Palestinian lands.

Back in March, former ICC chief prosecutor Fatou Bensouda announced in a statement the launch of a war crimes investigation in the Palestinian territories, which have been under Israeli occupation since 1967.

She stated her probe would be conducted “independently, impartially and objectively, without fear or favor”.

It is “a long-awaited step that serves Palestine’s tireless pursuit of justice and accountability, which are indispensable pillars of the peace the Palestinian people seek and deserve”, the PA foreign ministry announced in a statement.

“We welcome the ICC decision to investigate Israeli occupation war crimes against our people. It is a step forward on the path of achieving justice for the victims of our people,” Hamas Spokesman Hazem Qassem stressed.

Meanwhile, more than a hundred international human rights organizations have called for a comprehensive arms embargo on Israel, warning against the consequences of any weapons trade with the occupying regime over its brutal aggression and atrocities in the Palestinian territories.

In an open letter to the member parties to the Arms Trade Treaty (ATT), 120 international organizations in the United States, Europe and Palestine stressed the need for the imposition of a comprehensive two-way arms embargo on Tel Aviv, saying that any arms import from or arms export to the regime would make the ATT signatories complicit in its crimes against Palestinians.

“We, the undersigned global coalition of leaders – from civil society to academia, art, media, business, politics, indigenous and faith communities, and people of conscience around the world – call upon the States Parties to the Arms Trade Treaty (ATT) to act decisively to put an end to Israel’s notorious use of arms and military equipment for the commission of serious violations of international humanitarian law and human rights against Palestinian civilians by immediately imposing a comprehensive two-way arms embargo on Israel,” the letter added.

The groups pointed to the recent Israeli aggression against the besieged Gaza Strip, Tel Aviv’s attempts to forcefully evacuate Palestinians from their homes in the Sheikh Jarrah neighborhood in East Al-Quds, and the brutal repression of peaceful protesters in the occupied West Bank.

The rights organizations said the ATT countries have an obligation to end the Israeli regime’s use of arms for committing “serious violations of international humanitarian law and human rights against Palestinian civilians”.

“This systematic brutality, perpetrated throughout the past seven decades of Israel’s colonialism, apartheid, pro-longed illegal belligerent occupation, persecution, and closure, is only possible because of the complicity of some governments and corporations around the world,” they added.

“Symbolic statements of condemnation alone will not put an end to this suffering. In accordance with the relevant rules of the ATT, States Parties have legal obligations to put an end to irresponsible and often complicit trade of conventional arms that undermines international peace and security, facilitates commission of egregious crimes, and threatens the international legal order,” they stated.

Underlining that Israel uses arms to commit war crimes and crimes against humanity, the NGOs underscored imposing a two-way arms embargo on Israel is both a legal and a moral obligation.

“ATT States Parties must immediately terminate any current, and prohibit any future transfers of conventional arms, munitions, parts and components … to Israel until it ends its illegal belligerent occupation of the occupied Palestinian territory and complies fully with its obligations under international law. Pending such an embargo, all States must immediately suspend all transfers of military equipment, assistance and munitions to Israel,” the letter said.

The international organizations stressed that “a failure to take these actions entails a heavy responsibility for the grave suffering of civilians – more deaths, more suffering, as thousands of Palestinian men, women and children continue to bear the brutality of a colonial belligerent occupying force– which would result in discrediting the ATT itself”.

“It also renders States parties complicit in internationally wrongful acts through the aiding or abetting of international crimes,” they added.

More than 600,000 Israelis live in over 230 settlements built since the 1967 Israeli occupation of the West Bank and East Al-Quds. All Israeli settlements are illegal under international law as they are built on occupied land. The United Nations Security Council has condemned Israel’s settlement activities in the occupied territories in several resolutions.

Moreover, the Israeli regime’s plans in April to force a number of Palestinian families out of their homes in Sheikh Jarrah coupled with violent raids on worshipers at Al-Aqsa Mosque prompted Palestinian retaliation from Gaza, which was followed by a brutal Israeli bombing campaign against the besieged strip on May 10. About 260 Palestinians, including 66 children, were killed in the 11-day Israeli offensive.