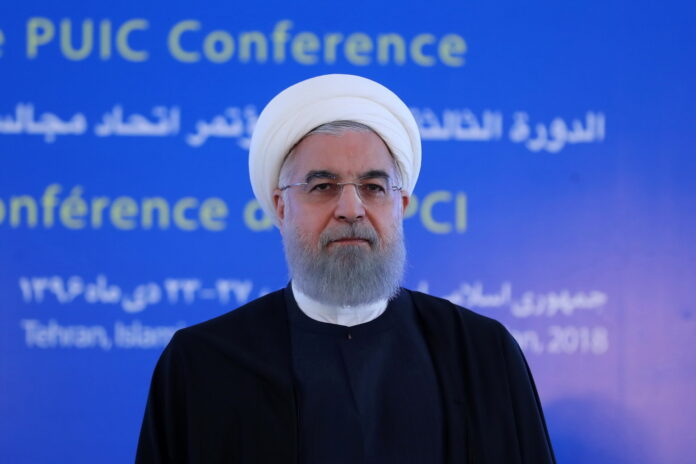 Addressing the Muslim world’s parliamentarians, President Hassan Rouhani says Palestine has regained its status as the most important issue facing the Islamic world after the collapse of the Daesh terror group in Iraq and Syria.

Rouhani said the current instability and insecurity gripping the region stem from continued Israeli occupation of the Palestinian territories, Washington’s “tendentious and unstinting” support for the Tel Aviv regime and the Palestinian nation’s failure to exercise its “basic right” to establish a sovereign state with Jerusalem al-Quds as its capital.

He made the comments in a speech to the 13th Session of the Parliamentary Union of the Organization of Islamic Cooperation (OIC), which opened in Tehran earlier in the day.

With the defeat of the Takfiri Daesh terror group, Rouhani added, Palestine had regained its status as the “first priority on the Islamic Ummah’s political agenda.”

Rouhani hailed Daesh’s territorial defeat in Iraq and Syria, expressing hope for the ultimate annihilation of the Takfiri outfit, which tried to present “an entirely wrongful and inauspicious” interpretation of Islam to the world.

The president further said Iran views no country as its “competitor,” adding that the Islamic Republic believes it could even engage in negotiations and cooperation with the countries with which it has differences of opinion based on mutual respect.

Some countries, however, are treading the wrong path and seek to widen the rifts among Muslim nations under the US and Israel’s influence, Rouhani added.

Countries, which are themselves the sources of war, politico-economic pressure, and crises for the Muslim world, and consider their survival to be contingent on bloodshed and propagation of extremism, “Neither do they ever seek, nor are they in a position to act as friends and companions of the oppressed and downtrodden people,” Rouhani said.

Rouhani further called for the creation of a “calm region, and peaceful foreign relations”

No country, Rouhani asserted, can resolve its domestic problems by mobilizing forces abroad and massacring people in neighboring countries.

Rouhani further warned against continued dependence of regional countries on foreign powers, saying, “The experiences of modern history teach us that these powers solely think about their own interests.”

The committees lent their initial approval to more than 55 resolutions, which are to be discussed and approved over the two days when the PUIC is holding its session.

“All their surprise attacks to Judaize al-Quds have fallen through so far,” Berri said of the Israelies. “We will win if we make a resolution to.”

He also praised the Islamic Republic for always standing on the front line of supporting Palestine and humanitarian affairs.