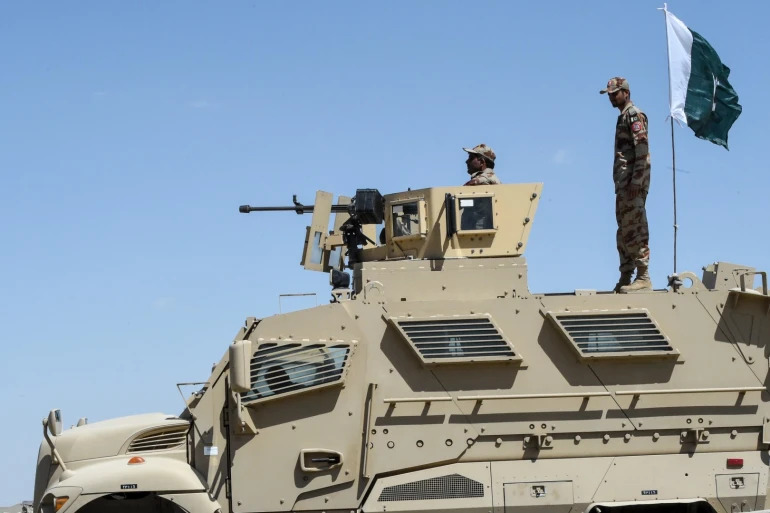 Gunmen have killed at least four soldiers and a civilian in attacks on two security posts in Pakistan’s southwestern province of Balochistan within hours of each other, officials say. Pakistani forces are engaged in clearance operations.

The attacks took place late on Wednesday, targeting a paramilitary post in the town of Panjgur, about 450km (280 miles) south of the provincial capital, Quetta, and another one in Noshki, about 330km (205 miles) north of the first attack spot.

On Thursday, Interior Minister Sheikh Rasheed Ahmed said “four or five” attackers were still active in Panjgur, and that Pakistani forces were continuing an operation against them.

Six attackers were killed, Ahmed added, while security officials in Panjgur confirmed to Al Jazeera that a curfew had been imposed in the area and that security operations were ongoing.

At least four soldiers were killed in the Noshki attack, Ahmed stated, along with nine attackers.

Local police official Khalid Badini told Al Jazeera that a civilian had also been killed in the exchange of fire.

In a statement emailed to the media, the ethnic Baloch separatist group Baloch Liberation Army (BLA) claimed responsibility for the attacks.

Jeayand Baloch, the BLA’s spokesman, noted the raids were carried out by attackers who were prepared to “self-sacrifice”.

Balochistan is Pakistan’s largest but least populated province and has been the site of an armed rebellion by ethnic Baloch separatists for more than 10 years. Baloch separatist groups have targeted security forces and civilians in regular raids across the province, demanding greater rights and independence for ethnic Baloch areas of the province.

Wednesday’s attack comes a day after a raid on a Pakistani security forces checkpost in the town of Kech, about 145km (91 miles) south of Panjgur, where at least 10 soldiers were killed, according to a Pakistani military statement.