Over 45,000 Displaced by Fighting in West Mosul 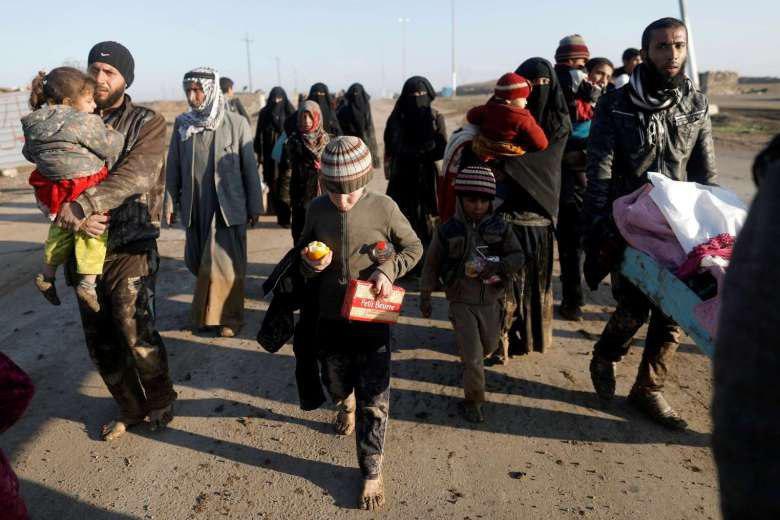 The ongoing operation to retake west Mosul from extremists has pushed more than 45,000 people to flee, the International Organisation for Migration said on Sunday (March 5).

On two occasions since Iraqi forces launched a major push to retake west Mosul from the ISIS terrrorist group on Feb 19, more than 10,000 people have arrived in a single day at sites for the displaced, according to IOM figures.

Meanwhile in Syria a total of 66,000 people have been displaced by fighting along two fronts in the country’s fractured north, the United Nation’s humanitarian coordination agency (OCHA) said earlier Sunday.

“This includes nearly 40,000 people from Al-Bab city and nearby Taduf town, as well as 26,000 people from communities to the east of Al-Bab” in northern Aleppo province, OCHA said, AFP reported.