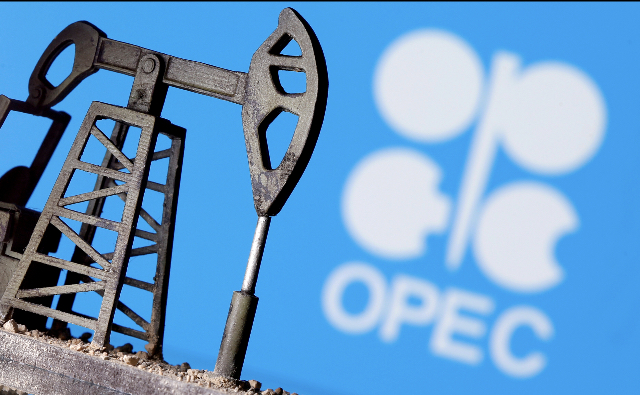 OPEC+ will work to integrate Tehran into its oil supply-limiting accord if an agreement is made in the Vienna talks over reviving the Iran nuclear deal, sources close to the group says.

A successful outcome to the talks could lift U.S. sanctions on Iran’s exports, according to the International Energy Agency, potentially bringing 1.3 million barrels per day (bpd) of Iranian oil back into the market. That could ease tight global supply and take some heat out of a rally that has taken benchmark prices to just a few dollars short of $100 a barrel.

Due to the impact of sanctions on its exports, Iran is exempt from the existing deal between the Organization of the Petroleum Exporting Countries and allies, known as OPEC+, to limit oil supply. While that exemption allows Iran to boost output, OPEC+ would eventually seek to bring Iran into the accord, sources stated.

“It is very likely OPEC will adjust Iran into the deal, as there is no other option,” said an OPEC+ source, who added that an agreement on reviving the nuclear accord looked close.

A source familiar with Iranian thinking noted Iran would first seek to restore its lost output, but would likely, after talks with OPEC+, agree to a quota. Iran is one of the five founding members of OPEC.

Iran is pumping about 2.5 million bpd, some 1.3 million bpd less than in 2018 when former U.S. President Donald Trump withdrew the United States from the nuclear accord and re-imposed sanctions, drastically cutting Tehran’s oil income.

“With the lifting of sanctions, Iran will increase its oil production according to its facilities, capabilities and interests, to compensate for its lost oil revenues,” the source familiar with Iranian thinking added.

“In my opinion, OPEC+ will set a quota for Iran’s oil production but will apply it gradually, and Iran will accept the quota with some bargaining to show its support for OPEC,” the source continued.

“Having survived the last five years since the establishment of the historic partnership between OPEC and non-OPEC that helped us to navigate through two oil cycles, we have every reason to remain reasonably optimistic going forward,” he told Reuters.

OPEC+ is gradually boosting oil output after making record cuts in 2020 when demand collapsed due to the pandemic. But it has failed to hit its target because some producers did not make the investment or do the maintenance needed on oilfields during the pandemic to keep those facilities ready to increase output quickly.

For the United States, it would make sense to lift the sanctions on Iran to help lower prices given the domestic pressure the administration of President Joe Biden is facing due to rising inflation. The United States may also be considering that any output from Iran would ease the impact on global oil markets of any conflict between Russia and the Ukraine, a source familiar with Russian oil thinking said.

“The U.S. will surely lift the sanction from Iran as soon as they decide to put more pressure on Russia given the current tensions over Ukraine,” the source continued, adding, “Iranian oil will cool oil prices.”

OPEC+ sources have also made the point that extra Iranian supply could also help plug the hole in OPEC’s output target misses.

OPEC+ has not dealt with this issue by, for example, having larger producers step in to boost output to compensate for those who cannot. These talks can be difficult as they encroach on sensitive topics such as national prestige and market share.

But any nuclear deal will most likely force OPEC+ to rearrange its quotas to make room for Iranian barrels, as in previous years. When Tehran last returned to the fold from U.S. sanctions in 2015-2016, it negotiated strongly among oil producers for its own interests by first refusing to take part in a proposed output “freeze” to address oversupply as it recovered output.

Later, during talks to form OPEC+ in 2016 while the other producers were agreeing on production cuts, Iran eventually secured a quota that allowed it to increase output, citing the impact of sanctions that had squeezed its market share.

Still, a third OPEC+ source noted the group would not shy away from talks on a return of more Iranian oil to the market, and has a track record of tackling similarly thorny issues.

“We will deal with it very well,” this source said, adding, “OPEC has been around for 60 years and we can deal with all issues.”