Oil prices crashed on Monday by around 30% in what analysts are calling the start of a price war.

In a shock move, top oil exporter Saudi Arabia slashed its oil prices at the weekend after it failed to convince Russia on Friday to back sharp production cuts during an OPEC summit in Vienna.

They met to discuss how to respond to falling demand caused by the growing spread of the coronavirus.

But the two sides failed to agree on measures to cut production by as much as 1.5 million barrels a day.

OPEC and its ally Russia had previously worked together on production curbs.

The benchmark Brent oil futures plunged to a low of $31.02 a barrel on Monday, in volatile energy markets.

The collapse in prices could have far-reaching consequences, observers warned, from battering revenues in energy-dependent countries, to triggering the cancellation of oil exploration projects and even sparking global deflation.

A 30 percent plunge in crude oil prices is unprecedented and is sending a huge shockwave across financial markets,” Margaret Yang, an analyst from CMC Markets, told AFP.

In afternoon Asian trading, West Texas Intermediate was down about 30 percent while Brent crude slipped 26 percent.

The collapse in oil prices added to pressure on equity markets, which were already being hammered by the virus outbreak.

Bourses across Asia fell heavily, with Tokyo closing more than five percent lower and Sydney down over seven percent.

Stock markets in the energy-rich Persian Gulf states nosedived at the start of trading on Monday. 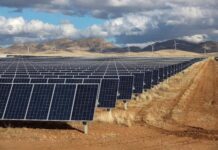