Nusra Front Commander: Americans Are on Our Side 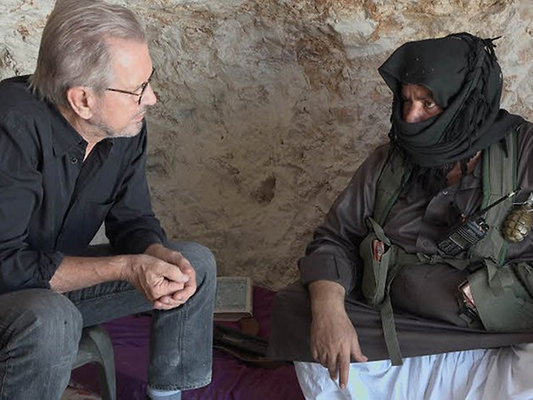 A commander of the terrorist group ‘Jabhat Fateh al-Sham’, formerly known as Jabhat al-Nusra (Nusra Front), has revealed that the US is supplying them with missiles and such countries as Saudi Arabia and Qatar are sponsoring the terror groups.

Here’s IFP’s translation of excerpts from an interview with the Nusra Front commander, originally published in German by Kölner Stadt-Anzeiger:

Ten days ago, we conducted an interview with a commander of the Al-Qaeda branch “Jabhat Al Nusra”. The interview was arranged through a rebel from Aleppo.

His fighters were partially masked, i.e. easily identifiable. Some of his statements were almost literally confirmed shortly afterwards by the Mufti of Aleppo. Other predictions about the disinterest of the rebels on a ceasefire and international aid convoys were also confirmed; just as his predictions about planned military activities in several cities of Syria.

Abu Al Ezz, the commander, said about Jabhat al Nusra, which has now changed its name to Jabhat Fateh al-Sham, “We are a part of Al Qaeda. Our principles are: combating vice, honesty and security.”

“Our issues and our path have changed. For example, now Israel is giving us support because they are at war with Syria and with Hezbollah.”

“The USA supplied the group with anti-tank missiles of TOW type.”

“The missiles were given to us directly,” the Nusra Front commander said when asked whether the US had given them the weapons through the Free Syrian Army, the so-called moderate rebels.

“The Americans are on our side,” the fighter said.

“Even America has changed its mind about us. Actually we are the “ISIS”, but the “ISIS” has been used in accordance with the interests of such big countries as the US for political purposes. It steered away from our principles. We, the “Al Nusra Front”, made our way. They were once with us, they were our supporters.”

He further referred to the recent strike on a UN aid convoy, and said, “The Syrian regime has to withdraw from all the territories if it wants us to let the truck pass. Otherwise, we will arrest the driver if the truck wants to pass.”

Our goal is the overthrow of the dictatorial regime, the tyrant regime, the regime of the renegades. Our goal is the implementation of conquests, as did [the Arab commander] Khaled Bin Al Walid. Only in the Arab world and in Europe.”

“We will fight until the fall of the regime.” The aim was “the creation of an Islamic state in accordance with Islamic Sharia law,” he said, adding that “we do not accept the secular state.”