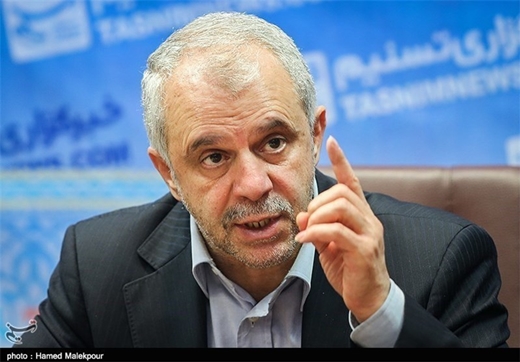 The Head of Iran’s Hajj and Pilgrimage Organization, Saeed Ohadi, said Saudi Arabia has refused to accept Iran’s conditions on arrangements for Iranians to attend this year’s Hajj pilgrimage.

In a televised interview on Friday night, May 27, Ohadi said 6 out of the 11 provisions have been eliminated from the deal in the latest round of talks with Saudi officials, as they were contrary to the dignity of the Iranian nation.

He added that the five remaining areas of disagreement have been left unsettled, due to meddling by other Saudi organizations in preparing the text of the agreement.

On Tuesday May 24, an Iranian delegation traveled to Saudi Arabia at the official invitation of the new Saudi Minister of Hajj and Umrah, Mohammad Saleh bin Taher Benten, to hold last-ditch talks with the Arab kingdom’s officials on the dispatch of Iranian pilgrims for the annual rituals in September.

Ohadi further said that the Iranian delegation will return to the country, adding that the Islamic Republic has set Sunday as a deadline for the Saudis to announce their decision.

“A lack of coordination between the Saudi ministries of foreign affairs and Hajj is the main reason behind the prolonged talks,” he added.

On Wednesday, a senior Saudi Hajj official said talks with visiting Iranian delegation for this year’s Hajj pilgrimage have been “positive.”

The two sides discussed “arrangements, as well as organization and services” for pilgrims, Hussein Sharif, the Saudi Hajj and Umrah Ministry undersecretary, said after a meeting with the Iranian delegates.

Saudi media outlets are now blaming Iran for walking out of the talks, claiming that the Saudi side had offered “solutions” to Tehran’s demands.

Tehran has insisted in the talks that visas for Iranian pilgrims should be issued in Iran, and that the safety of travellers to Saudi Arabia must be ensured, given the disaster in Mina that killed many pilgrims in the previous Hajj pilgrimage.

More than 460 Iranians were among the thousands of pilgrims who died on September 24, 2015, in a crush in Mina, near Mecca, during the Hajj pilgrimage. The incident marked the worst-ever Hajj tragedy.