No Change in US Support for Israel during Trump Presidency: Bangash 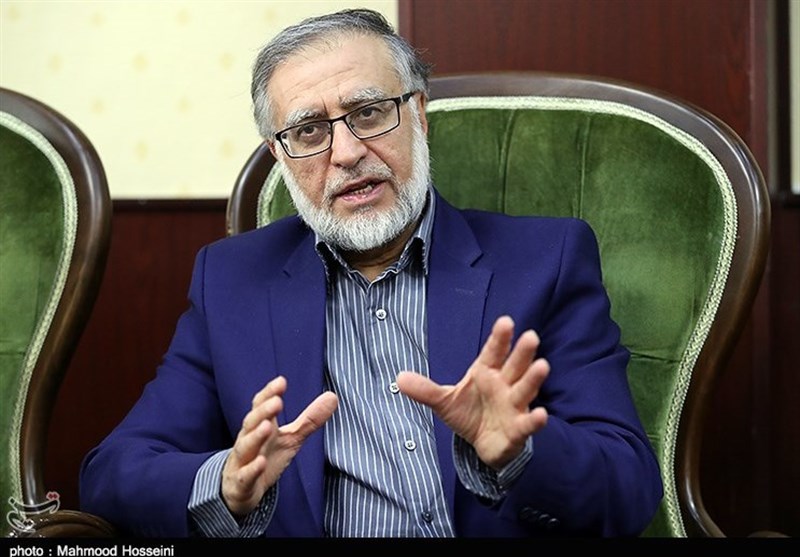 A prominent Muslim commentator believes that the US Muslim community will be terrorized more than ever during Donald Trump presidency while Washington’s support for Israel will remain unchanged.

“For decades Muslims outside the United States were being terrorized and killed and now they’re going to target you in the US; so, you are just now going to be like the rest of the Muslims,” Zafar Bangash said in an interview with the Tasnim News Agency.

Zafar Bangash is a noted Islamic movement journalist and commentator in Toronto, Canada. He is Director of the Institute of Contemporary Islamic Thought, and president of the Islamic Society of York Region, a suburb of Toronto.

Tasnim: About the current development in the world, do you think that Mr. Trump’s election would have direct impact on Muslims in the world or the interactions between the US and Muslims?

Bangash: Yes of course; it will. It’s not going to remain unaffected, but I think we need to look at this issue in a larger context as to why Trump was elected. It in fact indicates a deep dissatisfaction with the Western system as it exists today. And in fact it is a rejection of the American establishment by the American people; and the Americans did not effort so much for Trump as they (made) efforts against Hillary Clinton.

Tasnim: Would it be positive for Muslims in the world?

Bangash: Well I think in some areas perhaps yes. I would say that his election probably would have a positive effect on let’s say the war on Syria, because both he and his security advisor General Michael Flynn, have already said that they need to revisit this issue because America really has to think its policy as to why it is supporting Daesh and, you know, the so-called moderate rebels that it’s talking about, as to whether they’re really moderate or are they even worse than these terrorists over there. And Michael Flynn himself has said that, you know, this is a strange policy that we are pursuing, that we have wars in so many different countries and we don’t know when these wars are going to end. So, it is basically draining their economy, and they’re concerned about it.

Tasnim: And what about Muslim community, I mean in US, in Canada or those who want to travel to US?

Bangash: It is definitely going to have a very very negative impact on them, particularly Muslims that are living in the US and Muslims that plan to travel to the US, because Trump has made it absolutely clear that he is going to investigate all the Muslims; already attacks on Muslims have increased since his election and even on others, on African Americans. That definitely is going to have a negative impact, for sure. Also the people that he has around him, people that he has so far indicated that he is going to appoint, whether it is John Bolton, or Rudy Giuliani or Newt Gingrich—these are very very nasty people, and they are going to pursue very nasty policies. You know, I’ve been talking to Muslims and I said “look! For decades Muslims outside the United States were being terrorized and killed and now they’re going to target you in the US; so, you are just now going to be like the rest of the Muslims.” Tasnim: Do you expect another war against a Muslim state or not?

Bangash: I don’t think that he’s going to pursue wars outside. I don’t think so. If he sticks to whatever he has said – that you know he wants to build America’s infrastructure, build roads and bridges etc., because America is collapsing; In fact, about two weeks ago, Jeffrey Sachs, one of the well-known American economists, wrote an article – I think it as in the in the Nation magazine- in which he pointed out that the amount of money that the United States has spent on wars and achieved very little out of that,  if even one fifth or one tenth of that was spent on building infrastructure – on health, on education- America would have made a lot more progress. So, it indicates that even Donald Trump sees that and he has constantly said that he wants to build America’s infrastructure. I think if he does that, then, the war-mongers in the US would not be able to pursue their wars of aggression in the Muslim world. I really don’t see Trump pursuing as many wars abroad as let’s say Obama did, or George Bush did. He’s more likely to concentrate internally on enabling America.

Tasnim: And in the long run that will not change? But some argue that after some focus on domestic issues, he may change course and shift to foreign interventions?

Bangash: I doubt it very much, because given his temperament – he is a businessman- I think the only area where he’s not going to change anything is support to Israel. You know, that will continue because, of course, the Zionist lobby is very powerful. I mean, you know, Trump himself, his daughter is married to a Jew, so we know that he has family links as well with them. I think there will be no change in that area but the fact that he has said that he wants to work with Russia, that he wants to work with China, previously he was saying that he was going to, you know, take care of China, because it was undermining US economy, but now he is saying that he wants to be a partner with China. So, I think in that area, I don’t think that he’s going to be waging wars. I think if he sort of makes up with Russia– because Russia is now coming up very very aggressively, it’s coming after the demise of the Soviet Union; Under [Russian President Vladimir] Putin, Russia is emerging and I think economically, the center of gravity has shifted from the West, it is now coming to this region, West Asia, and Central Asia. The Silk Road Project, and you know Euro-Asia, etc. This is now going to be the next sort of engine of development in the world, and I don’t think that America can achieve anything by sort of waging wars.