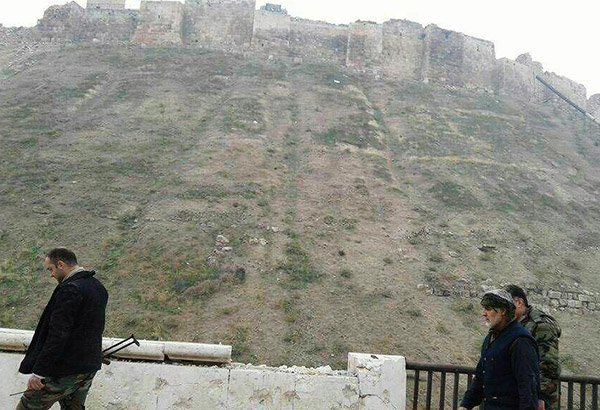 According to a report by IFP, General Soleimani seems to be walking in front of the Citadel of Aleppo in one of these photos.

In the other photo, General Soleimani is accompanied by another commander while visiting the streets of Aleppo, which was recently liberated by the Syrian Army. 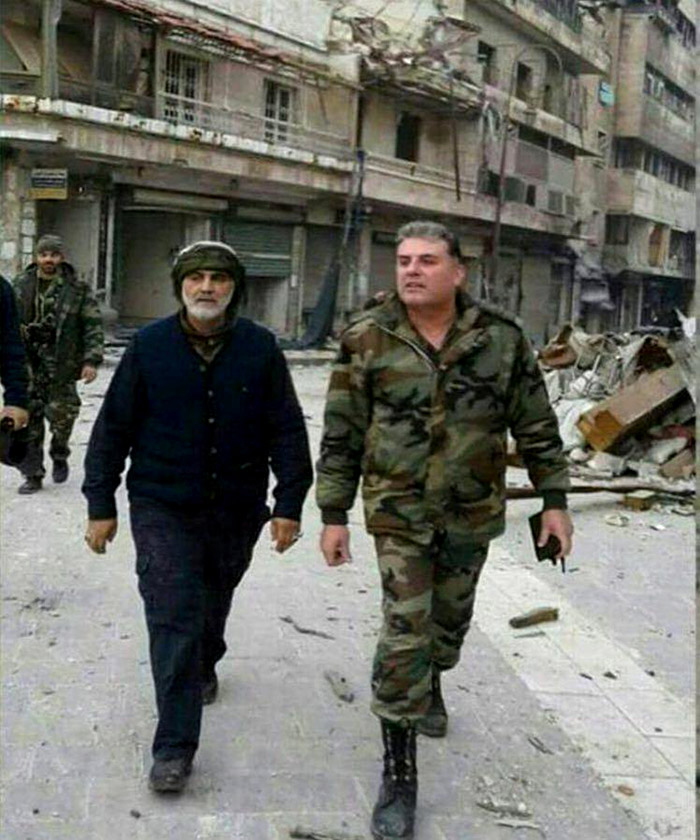 General Soleimani and the IRGC Quds Force have offered extensive advisory help to the armies of Iraq and Syria in their ongoing fight against terrorists, particularly the ISIS militants.

Earlier on December 16, Syria’s grand Mufti Sheikh Ahmad Badreddin Hassoun appreciated Iran for their support for the Arab country in its campaign against terrorists.

Addressing Friday prayer worshipers prior to the main sermons in Tehran, Sheikh Hassoun said, “For the liberation of the city of Aleppo, where all the terrorists have been forced to leave, I thank the Iranian nation.”

Earlier this week, Syrian forces completed the liberation of Aleppo, with militants having surrendered most of their remaining territory.

Hundreds of foreign-backed militants have laid down arms in Aleppo in the past 48 hours. Almost 6,000 civilians have also left militant-held districts of the northwestern Syrian city over the past days.

Aleppo, once Syria’s commercial and industrial hub, had been divided roughly in two parts since 2012, with the government controlling the west and terrorists the east.