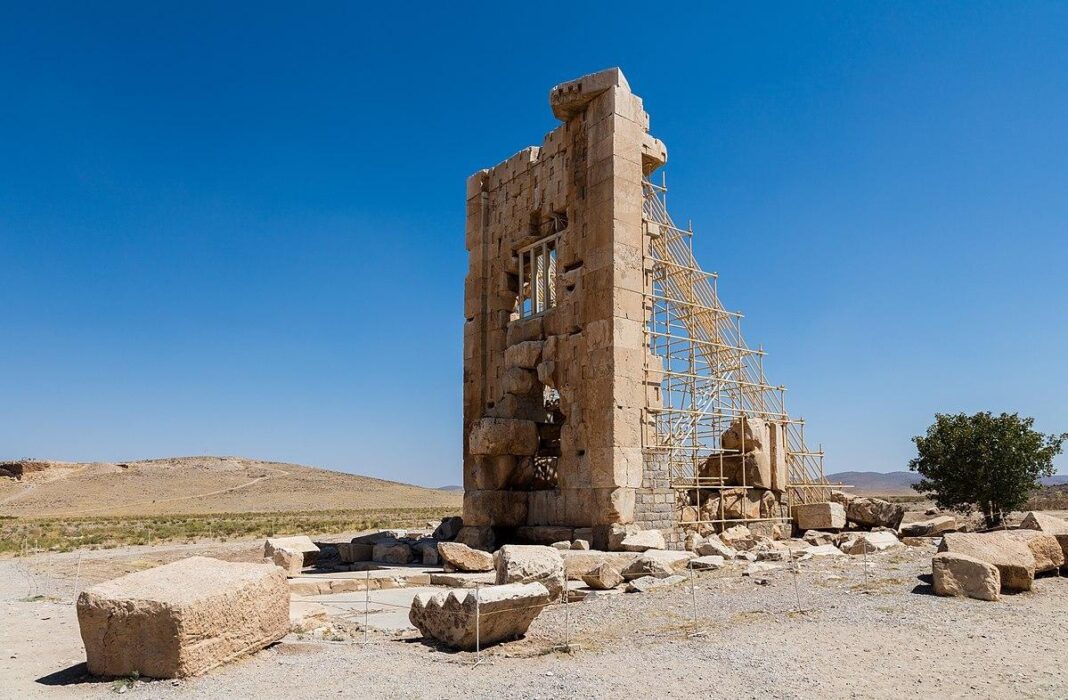 Pasargadae is the first dynastic capital of the Persian Achaemenid dynasty, located northeast of Persepolis in southern Iran.

Founded by Cyrus II the Great in 6th century BCE, it contains a great deal of Persian history—from the first phase of royal Achaemenid art, to the tombs of its rulers.

UNESCO declared it a World Heritage Site back in 2004.

In December 2019, teams of archaeologists unearthed several new historical sites. So far, experts conclude that they could potentially belong to the Middle Paleolithic, Paleolithic, Epipaleolithic, Achaemenid, Parthian, or Sassanid civilizations.

Cultural heritage experts are currently studying extensively and seeing if they can unearth other artifacts. Should enough discoveries be found among the uncovered sites, there’s potential for it to be added as another World Heritage Site.

Iran, a World Heritage treasure
UNESCO has been discovering age-old monuments in Iran since the late ’70s. Aside from Pasargadae, a report on Iran Tourism highlights that modern-day Persia has 22 of World Cultural Heritage Sites landmarked throughout the country. For example, the West Azerbaijan Province alone contains three: St. Thaddeus, St. Stepanos, and the Chapel of Dzordzor. These churches represented the exchanges of regional cultures done by the Persians, Byzantine, and the Orthodox.

There are even entire historical cities like Soltaniyeh, the capital of the Ilkhanid dynasty. It’s famous octagonal buildings and turquoise-blue faiences represented the crowning moment of Persian architecture.

• Bisotun, the inscription on the sacred mountain
• Golestan Palace, home to the Qajar family
• Persepolis, the capital of the Achaemenid Empire
• Tchogha Zanbil, ruins of the holy city
• Masjed-e Jāmé of Isfahan, the towering mosque
• Shahr-i Sokhta, the “burnt city” of the Bronze Age

The latest one to be added to the list is The Historic City of Yazd back in 2017. Located southeast of Isfahan, it’s said to be a remnant of an ancient desert civilization.

Iran is also known as an important historical destination on the silk road, allowing the country to trade with China and the surrounding nations. Many of the famous silks were made and traded in the province of Isfahan, which is one of Iran’s top historical locations with many World Heritage Sites. Iran continues to have strong ties with China with a silk road train now connecting the two countries. This is unsurprising, as Asian gaming website ExpatBets has several articles on China that shows how the country is once again a leading country in terms of foreign trade. For archeologists, the Persian sector of the silk road has continued to reveal just how close the two countries were, and why Chinese trade is such a big part of Iran’s heritage.

The importance of World Heritage Sites

While World Heritage Sites are essential for preserving the history of the planet, they make excellent tourist attractions as well. Indeed, Iran’s tourism generated over 1,158 trillion rials back in 2019, which contributed to at least 6.5% of their national GDP. Considering that many of Iran’s landmarks are historic locations, they have become one of the largest contributors to the local economy.

As one of the highest civilizations back in the day, Iran has experienced its fair share of history. And with centuries of history, the discoveries made near Pasargadae are far from the end of them. Archeologists even unearthed an old polo field near the city of Aligudarz very recently. It’s one of three other historic polo fields dug up today.