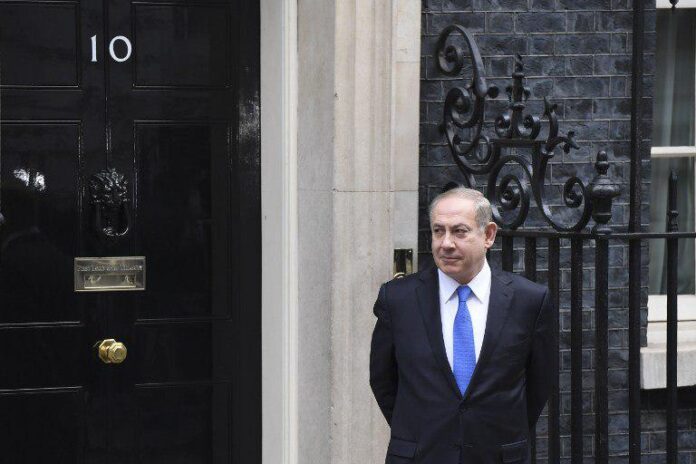 Benjamin Netanyahu, the Prime Minister of Israeli regime, in apparently sarcastic remarks thanked his British counterpart’s ‘warm welcome’ after he was made to wait outside 10 Downing Street, the office of British PM Theresa May, ahead of his talks on Tuesday.

According to a report by IFP, before his formal meeting with May, the Israeli PM had to wait for a 20 seconds as the door to the official residence of the British Prime Minister, the 10 Downing Street, was not opened.

Netanyahu was clicked clasping his hands behind his back and rocking on the balls of his feet, as he waited for Theresa May to come out.

10 Downing Street cannot be opened from the outside but only from the inside. From behind the door, a policeman keeps watch over an array of CCTV cameras that show the whole street outside, for security purposes.

In reaction to the humiliating move by London, Netanyahu said in a post in his Twitter account, “UK PM Theresay May — Thank you for your warm welcome. It reflects the strength of the partnership between Israel and Britain!”

His use of exclamation mark clearly shows how much he was disturbed by May’s move, which does not have a good meaning in diplomatic formalities.