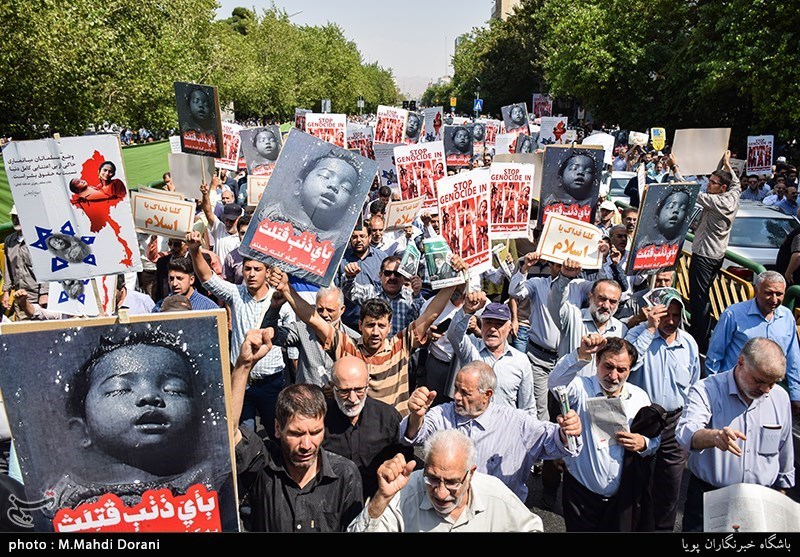 Iranian worshippers staged massive demonstrations across the country on Friday to condemn the massacre of Rohingya Muslims in the Southeast Asian country of Myanmar.

People from all walks of life attended the demonstrations, which were held after weekly Friday prayers.

In Tehran, demonstrators condemned, in a resolution read at the end of the rally, the silence shown by the international circles and heads of Islamic countries on the crimes committed against Rohingya Muslims.

They also asked for the dispatch of fact-finding committee to the region.

Nearly 150,000 Muslims have fled Myanmar for Bangladesh in less than two weeks, officials said in September.

In a rare letter to the UN Security Council on Tuesday, Secretary-General Antonio Guterres expressed concern that the violence in Rakhine could spiral into a “humanitarian catastrophe”.

The Burma Human Rights Network (BHRN) said on Tuesday that the persecution is backed by the government, elements among the country’s Buddhist monks and ultra-nationalist civilian groups.