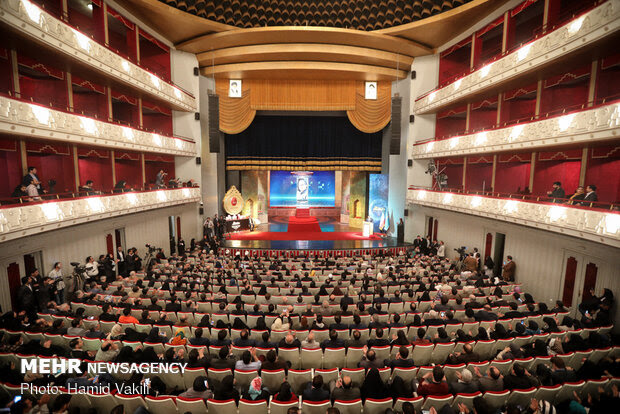 Iran’s Mustafa Science and Technology Foundation has granted its prestigious biannual prize to the five laureates who were announced earlier in October.

The five Muslim scientists received their awards in a ceremony at Tehran’s Vahdat Hall on Thursday.

The winners were Cumrun Vafa from Iran, M. Zahid Hasan from Bangladesh, Yahya Tayalati from Morocco, Mohamed Sayegh from Lebanon, and Muhammad Iqbal Choudhary from Pakistan.

They were selected from among more than 500 prominent scientists and researchers.

The Iranian laureate, a professor of mathematics and natural philosophy at Harvard University, received the 2021 Mustafa Prize for his work in string theory which is a theoretical framework in physics.

The Mustafa Prize is a biannual science and technology award for new scientific methodology and achievements that improve human life or make cutting-edge innovations. It is granted to scientists from member states of the Organization of Islamic Cooperation.